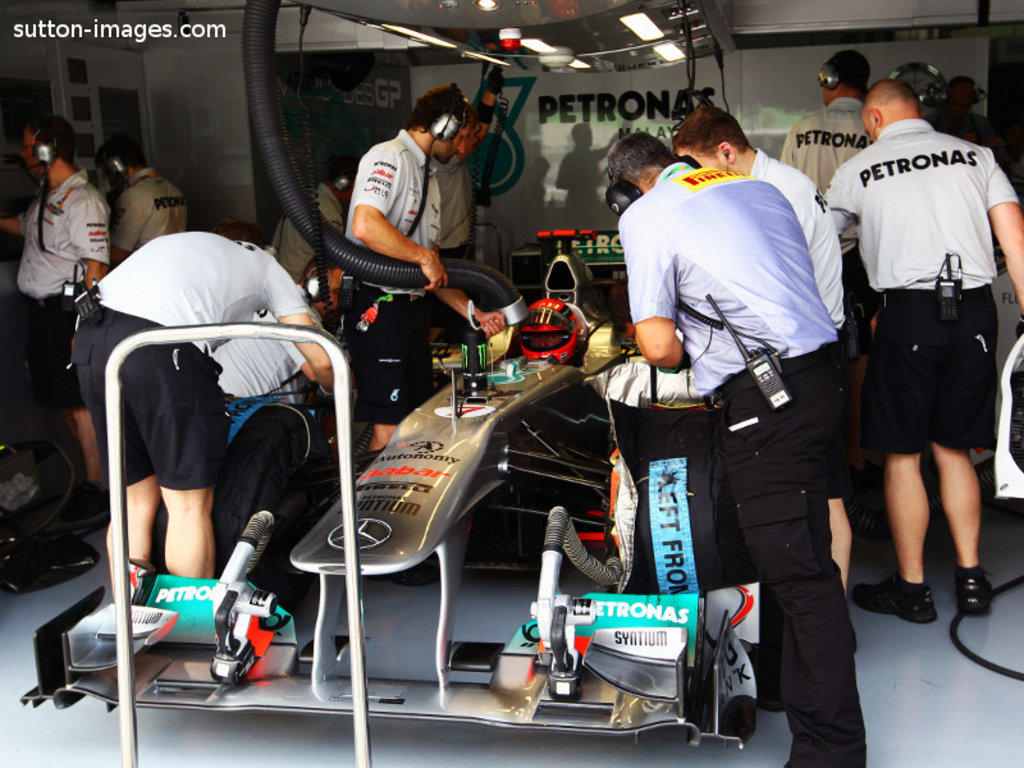 Michael Schumacher has revealed that “issues” with his adjustable rear wing cost him dearly in Saturday’s Sepang qualifying.

Despite being a top-six contender on Friday, Schumacher’s form slumped on Saturday, resulting in the German being knocked out of qualifying – by his team-mate – in Q2.

And the Mercedes GP driver has put his P11 grid slot down to a problem with his adjustable rear wing.

“We had some issues with the rear wing activation today and unfortunately that’s what compromised my last run in Q2.

“The car became difficult to drive, which is a real shame as it had been working very well during the earlier runs.

“The performance was much better with the wing, so of course we had to use it, and I would still say that we have made a step forward thanks to the hard work from our guys.

“We now have to concentrate on tomorrow’s race which we go into with the firm belief that anything can be possible.”

Meanwhile, Nico Rosberg will start the Malaysian Grand Prix from ninth on the grid as he too had a few issues with his car in qualifying.

“The team have made some good progress here and I had a decent balance up to Q2 today.

“Unfortunately I lost that feeling in Q3, which combined with the rear wing issue, meant we weren’t able to get the performance out of the car which is frustrating.

“The car is better than we have been able to show so far this season but we don’t know exactly why we are not getting more performance at the moment.

“We need to look into today’s issues now and have a good think to see what can help us improve in the race tomorrow.”