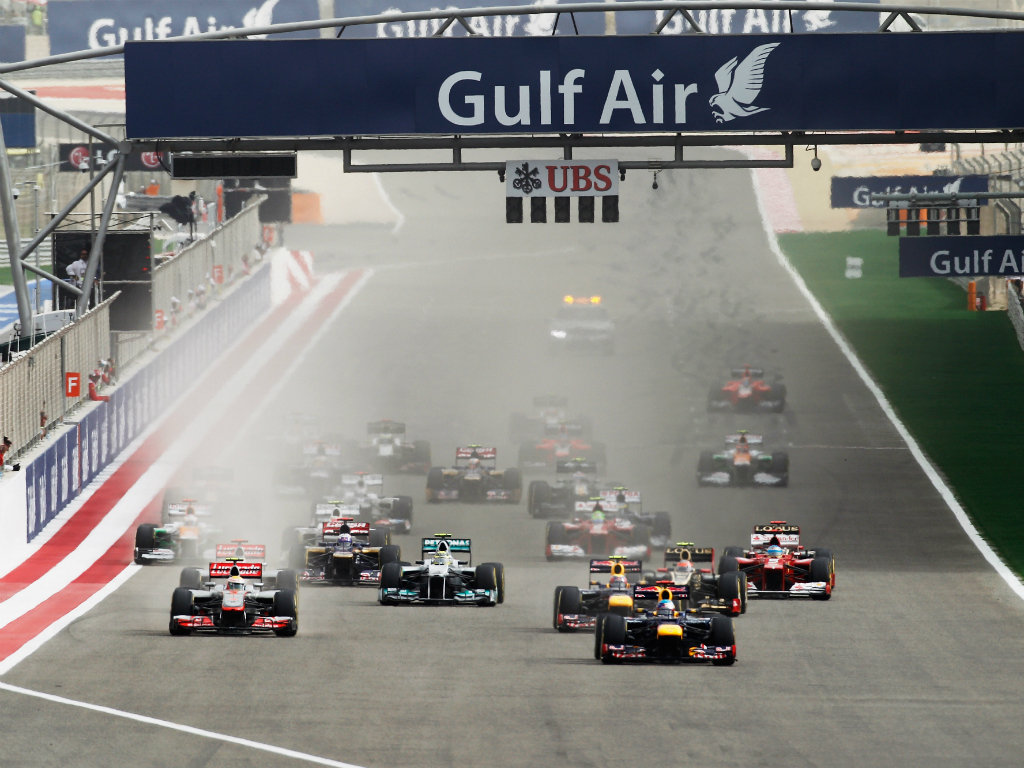 Star of the Race
Kimi Raikkonen, Lotus, 2nd
It’s only taken Kimi four races to achieve what Michael Schumacher is yet to achieve on his comeback. But is he happy? No, he was typically a bit mardy about it all, disappointed that he couldn’t get the win, but that’s fine, an emotional and gushing Kimi would be a bit hard to handle. Already in the race we had to cope with an emotional outburst from Paul di Resta that was the most animated we’ve ever heard him. On the radio complaining about Maldonado weaving all over the place in front of him, Paul actually sounded angry. Yes, angry.
Raikkonen’s early race progress was a joy to behold from the onboard camera, especially his pass on Felipe Massa in Turns 5, 6 and 7. You weren’t sure if it was going to end happily. Having made great strides through the field and having caught and passed Grosjean you thought his tyres would give out, but no.

Overtaking Move of the Race
Paul Di Resta (Force India) on Sergio Perez and Pastor Maldonado
There were two very brave moves in the race through Turns 5, 6 and 7 – Raikkonen on Massa and Button on Alonso. But you can’t beat overtaking two cars in one corner, especially when you look like you’re doing it on rails. Perez and Maldonado (who’s so wide that he probably counts as two cars) were keeping each other busy through Turn 4 when Paul di Resta approached at speed. On a different strategy from them the Scot needed to get past in a hurry to make it work. Di Resta slowed his entry, nipped right across the apex as the cars in front ran wide and made a quick exit. At the end of the race the time he saved getting past them both at once was the difference between finishing 6th and 7th.

Winners
Sebastian Vettel, Red Bull, 1st
A typical Vettel qualifying performance, gradually building up his speed until the last brilliant lap of Q3. A great getaway and a blinding first lap to set up a 2.2 second gap. After that if we had continued the 2011 model it would have been gap building to the 10-second lead mark, then some gap management looking back through what DC likes to call the “murr-urrs”. He didn’t have that luxury today with a dogged pursuit from Kimi Raikkonen. Before the end of the season he will catch him for the lead of the race.

Romain Grosjean. Lotus, 3rd
The first Frenchman on the podium since Maurice Chevalier won at Rheims in 1954 – or something like that. Romain wasn’t gifted a podium he put in some assured overtaking moves and finished a long way ahead of Mark Webber, a distant 4th. Luckily for him he was a long way clear of nemesis Pastor Maldonado at the start.

Mark Webber, Red Bull, 4th
Mark got his best start of the season but he still couldn’t shake off his predestined finishing position of 4th. But it was good and bad. The bad was that unlike the previous three races Vettel was significantly faster than him in the race.

Nico Rosberg, Mercedes, 5th
The great news for Rosberg and Mercedes is that not only do the tyres last in cool China, they last in warm and rough Bahrain. Rosberg chanced his arm with the stewards a couple of times, but the gods smiled on him. Article 10.4 of the F1 sporting rules reads: “Manoeuvres liable to hinder other drivers, such as deliberate crowding of a car beyond the edge of the track or any other abnormal change of direction, are not permitted.”

Fernando Alonso, Ferrari, 7th
He thought that sixth place might be possible today, but imagined at least one of the cars ahead of him would be a McLaren. It wasn’t too strong a race for the Scuderia given that without serial McLaren mistakes and reliability issues he would have been 9th. It would have been interesting to find out what he was thinking when he started to follow Kobayashi into the pitlane. After the race he rewarded interviewers with not one, but two references to damage limitation. “We limited the damage again….I think in the first four races we did a good damage limitation.”

Felipe Massa, Ferrari, 9th
It must have been a great feeling for Felipe to have his team-mate just in front of him during the race and almost holding him up. Sergio who…?

Michael Schumacher, Mercedes, 10th
Michael was unusually gloomy at the end of the race. Whereas before he’s put a positive spin on a worse result, today he suggested that it was no fun driving an entire race worrying about the tyres and that Pirelli should do something. Given the racing we’ve had so far this season he might find it difficult to find too many people agreeing with him. “The main thing I feel unhappy about is that everyone has to drive well below a driver’s, and in particular, the car limits to maintain the tyres,” he said. “But basically it is everybody with maybe one or two exceptions. And if it is 80/90 per cent of the field that has this problem, then maybe the tyre supplier should think about that.”

McLaren Right Rear Tyre Guy
…got his nuts on. So he’s not going to have an uncomfortable time in the debrief. The same can’t be said for Left Rear Tyre Guy.