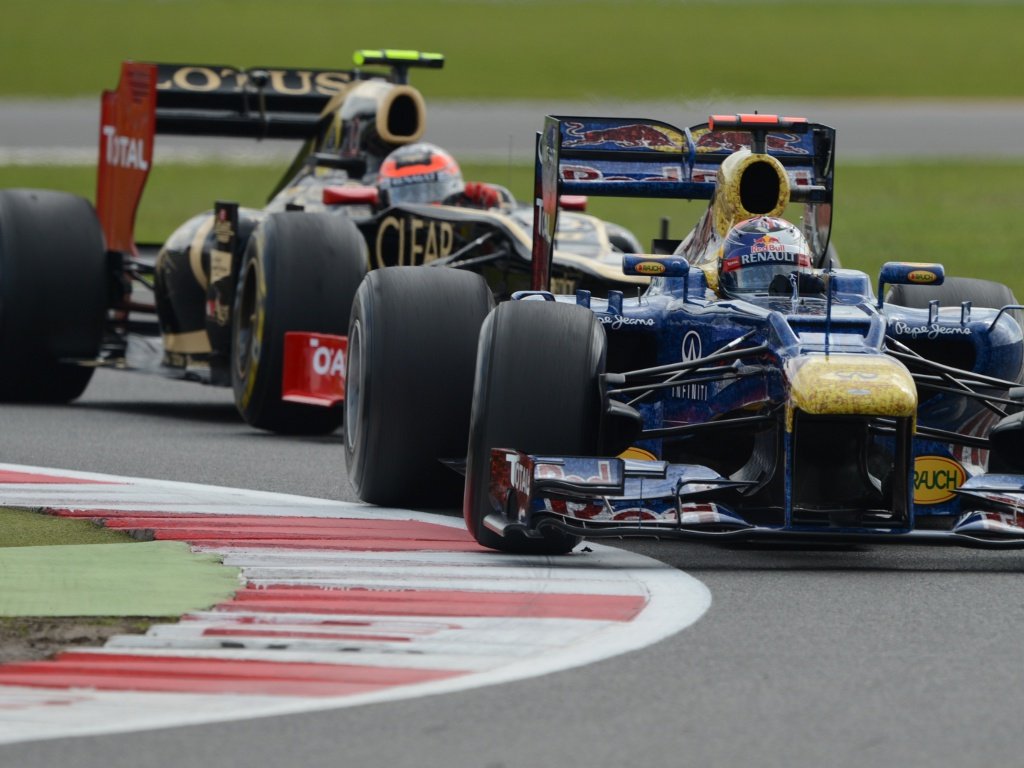 Webbo was a winner, McLaren were big losers, but it was Romain Grosjean who impressed Andrew Davies…

Webbo was a winner, McLaren were big losers, but it was Romain Grosjean who impressed the most.

Star of the Race
Romain Grosjean, Lotus, 6th
Grosjean drove an almighty race from the back of the field after he was forced to replace his nose early on. Although he’s had a lot of contact this year, especially early on in races, this time it didn’t look like his fault. Paul Di Resta was forced out wide by his team-mate who drove over Grosjean’s front wing.
Yet even on this thoroughly compromised strategy he was only 17 seconds from winner Mark Webber at the chequered flag. He put in a series of fastest laps in the middle of the race and the Lotus team probably scored more than anybody else. Motor racing is full of ‘what ifs’ but you can’t help wondering what might have happened if he hadn’t dumped the car in the gravel at the end of Q2 on Saturday. France might have been celebrating more than a stage in in the Tour de France.

Overtaking Move of the Race
Lap 48: Mark Webber, Red Bull on Fernando Alonso, Ferrari
Anybody who’s watched the British Grand Prix from the outside of Copse corner will appreciate that you don’t overtake into that corner lightly. Television doesn’t do the sheer speed and violent change of direction justice. Lewis made three overtaking moves into Copse during the race, but Mark’s move on Fernando was pivotal to the race result. Alonso wasn’t going to give up the lead easily, even though Webbo is a mate. On Lap 47 Mark tried one look at Fernando into Brooklands but wasn’t close enough thanks to clever strategic driving from Alonso. Next time round he did it round the outside. Just. Friends or no friends Fernando would have had him back if he’d wavered through Luffield when the Red Bull looked like it had gone in too deep, but Mark held it and held on. A fantastic result for both him and the Championship. Is this going to be 2010 all over again…?

Winners
Fernando Alonso, Ferrari, 2nd
Alonso showed the best of his ability not in the race but in the dying seconds of Q2. He was about to exit qualifying in P12 when on his final flying lap Grosjean – in front of him on the track – stuck his Lotus in the gravel bringing out the yellow flags in the final sector. How could Fernando get out of that one? Somehow he eased off enough to be slower than his previous Sector 3 time, yet still fast enough to beat Paul DiResta’s time. It was an act of such Houdini brilliance that you kept on thinking there would be some post-qualifying announcement. But no, it was genuine.
That had come after a spin earlier in Q2 that almost pitched him into the barrier along Hanger Straight after which he was almost collected by Felipe Massa going off track and rejoining at speed.
There was no living dangerously in the race on Sunday but it was a surprise that he couldn’t hold on in front of Mark Webber.

Sebastian Vettel, Red Bull, 3rd
Vettel had a bit of a charmed start because it looked like he was going to lose his front wing as he slammed it hard into the back of Felipe Massa’s robust F2012. Then he had a Kamui kiss from Kimi who was trying to get his Lotus past the Red Bull in an unlikely spot and the Finn lost momentum and a place to Maldonado as a result.
For the rest of the race he was never fully able to make inroads into the gaps between himself and Webber or Alonso. Incredible to think it was his first podium since Bahrain and Red Bull’s first double podium of the year.

Felipe Massa, Ferrari, 4th
Massa looked fast in the closing stages of the race and held off a charge from Raikkonen by putting in fastest laps to match Kimi’s. He may need a lot of coaching from his engineer but carry on like this and there’ll be no need to look for anyone else in 2013. He’s good at Hockenheim, too.

Kimi Raikkonen, Lotus, 5th
Kimi was disappointed with fifth place and blamed it on his start. If he’s disappointed he should try driving a McLaren. At least he’ll have some rallying fun getting out of the car park afterwards.

Michael Schumacher, Mercedes, 7th
Fantastic qualifying from Michael, but an average kind of race. He’d have been 7th in Valencia if Hamilton, Maldonado, Vettel and Grosjean had continued, so really he should look at this as another podium.

Bruno Senna, Williams, 9th
Bruno showed the kind of patience behind Nico Hulkenberg that would have paid massive dividends for Maldonado at the last race. He kept Button at bay and earned his 9th place.

Losers
To see the full Winners and Losers click here.

Quotable Quotes
Eddie Jordan talking about Jude Law who was a guest in the Lotus pits. Half way through his sentence Eddie suddenly decided to avoid any potential lawsuit… “Sherlock Holmes has rekindled his career…not that it has dwindled in any way.”

Eddie Jordan: “The teams will be telling the drivers to avoid the stagnant water.” (The standing water is fine, it’s the fetid, smelly stagnant stuff which will have you off the track.)

We’ve had stagnant water instead of standing water in race coverage before, but the most utterly remarkable use of it came at the Bahrain GP in 2008 from ITV’s pundit Mark Blundell as featured in The Best of Blundell 2008 Here’s the extract for Bahrain…

Bahrain 2008
It’s rare that Mark gets upstaged by Steve Rider, but following revelations about Max Mosley, Steve managed a (whip) cracking quote. In the wake of more revelations from Max Mosley’s five-hour sex tape in the News of the World on Sunday it was obvious that Steve had read the S&M coverage on Pages, 1, 4, 5, 6 & 7: “The Ferraris will take some beating this afternoon,” said Steve with a twinkle.
Blundell’s race coverage was disappointing, but for qualifying we did get the utterly remarkable: “Maybe those waved yellow flags should have been stagnant yellow flags.”

The funniest quote about Eddie, though, was after he tried to get out through the paddock gates, pulled his pass out of his pocket and dropped a