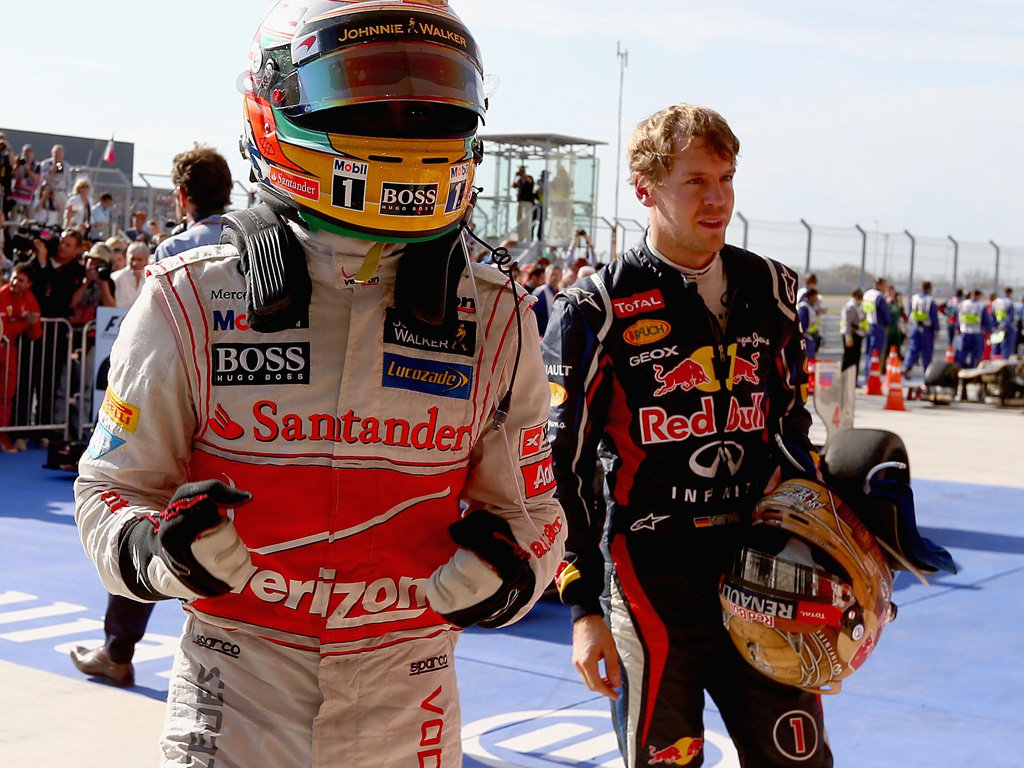 The US GP in Texas was launched in mighty fine style – proving that if you build it, they will come…

The US GP in Texas was launched in mighty fine style – proving that if you build it, they will come…

Star of the Race
Lewis Hamilton, McLaren, 1st
In his penultimate drive before his wilderness years Lewis showed just how exciting the championship might have been if McLaren could have kept their car from breaking down all year. It might have been a three-way fight going to Interlagos had the MP4-27 not believed it was a TVR. Lewis was on it all the way from lights to flag and got the one bit of luck he needed with the intervention of an HRT on Lap 42.

Overtaking Move of the Race
Lap 13: Kimi Raikkonen, Lotus on Nico Hulkenberg, Force India for P5
Kimi Raikkonen helped show that the Circuit of the Americas doesn’t need a DRS to provide great overtaking moves when he put one up the inside of Nico Hulkenberg going into Turn 1. The two battled it out side by side through Turn 2 before Hulkenberg had to give way before the high-speed sweeps. And there was no touching.

Sat on The Naughty Step
Michael Schumacher, Mercedes, 16th
Schumacher’s attempted block of Jenson Button on Lap 10 was a return to the days of the Schu-weave, which in the past he’s administered to his brother (proving that there’s nothing personal in it) and most famously with Rubens Barrichello at the Hungaroring. The Mercedes travelled a fair old distant left to try and crowd Jenson Button back into the pitlane exit and even then he failed. Button was having none of it and kept his foot in.

The Big What If…
What would have happened if Alonso had started from P8 on the dirty side of the grid?
Ferrari were entering the desperation stakes in Austin when they decided to send Felipe Massa five places down the grid in order to give Fernando Alonso a start from the clean side of the grid. There was banter in the PF1 office (following our qualifying report) that this is what they’d do. When we heard that drivers who qualified on the clean side, such as Mark Webber, were lobbying for a clean-up operation the view was that they probably wouldn’t bother. Much the same was said about the grid in Korea and the fears had been groundless.
The move by Ferrari was a bit like legal tax avoidance schemes – it’s within the rules to do it, but everyone thinks you’re a bit like Jimmy Carr afterwards. Team orders are one thing when it’s just asking one of your drivers to move over for the other, but Massa moving five places back also shifted Hulkenberg, Grosjean and Senna onto the dirty side of the grid, whereas they’d qualified on the clean side.
What was puzzling about the affair was that Stefano Domenicali thought the team deserved credit for admitting that they had done it deliberately, as though this somehow made it better.
In truth, the FIA really should make sure that both sides of the grid are equally grippy because it makes a mockery of exerting all that effort in qualifying for it to become a lottery based on whether you end up with an odd or an even number.
Where would Fernando have finished? He was just off the pace of the top three drivers, and with Felipe Massa coming through to fourth from 11th on the grid you’ve got to think that Alonso would have made his way up to 4th behind Hamilton, Vettel and Massa – and then Massa would have given him third. From an F1 Public Relations point-of-view, it’s probably much better that Ferrari made the switch on the grid than in the race.

Winners
Sebastian Vettel, 2nd
Narain has never forgiven Seb for calling him “stupid” earlier in the year and today it was payback time.
But seriously, Vettel shouldn’t look at the lost win as seven points lost, more like 18 points gained. Because it could have been his Red Bull that slowed and stopped on lap 17 not Mark’s
On his slowing down lap he radioed back, “we should be very happy” in the kind of heavy tone that was so deadbeat it made Winnie The Pooh’s Eyore sound like some evangelist Christian missionary who’d swallowed a whole tube of Berocca.

Fernando Alonso, Ferrari, 3rd
Alonso was slower than Massa for only the second time this season. He was fortunate that Mark Webber failed to finish and that Jenson Button qualified where he did. As we head towards Brazil the long-range weather forecast for Sao Paulo for next Saturday and Sunday is thunderstorms on both days.

Felipe Massa, Ferrari, 4th
Massa’s best race of the season and next week we’ll be at the place where he’s always a contender. Asking him to take a five place grid penalty next weekend might be a bit more tricky to explain to the local fans.

Jenson Button, McLaren, 5th
Jenson had a “fun” race. What was interesting was that he was keen to get it on team radio that: “I’m wasting a lot of time not being able to use all the KERS”. That sounded less like a message to his engineers, who would have known precisely what he was losing and where, and more like a broadcast to tell people why he couldn’t catch Massa.
Button proved that you can have non-DRS overtaking into Turn 16 as well as Turns 1 and 12.

Kimi Raikkonen, Lotus, 6th
Kimi was probably disappointed that the team had Matt Le Blanc as a guest of the Lotus team when he would have preferred Jennifer Aniston. When Kimi radioed in wanting to know if Daniel Ricciardo had to stop you wanted his engineer to radio back, “Leave me alone!”

Pastor Maldonado, Williams, 9th
He was robust but not stupid and as a result he’s now putting in consistent points finishes. How long is it since we’ve had an entire race with everyone finishing with the aerodynamic parts they started with? Perhaps it’s something to do with that pure, bright Texan light – no misty smog like Korea or India.

PirelliThe Pirelli Stetsons were a great idea for the podium ceremony and surely something that F1 should expand on. We should have Pirelli national hats for most grands prix. In Canada Pirelli Mounties’ hats, in Britain Pirelli bowler hats, in Belgium Pirelli berets, in Australia Pirelli bushranger hats with corks and in India Pirelli turbans.

Circuit of the Americas
There’s a saying in Texas. “I wasn’t born here, but I got here as fast as I could.” That could be said of the US GP. This is the first proper U.S. race since Watkins Glen and at last a worthy home for the event. It’s a great credit to the organisers who hauled the race back from the brink when it looked like falling through. And because it’s in America, there’s every chance that it will become an ongoing success, not just a political vanity project for national or regional politicians, as it has been in other countries. The fact that it was a near sell-out should give hope to any