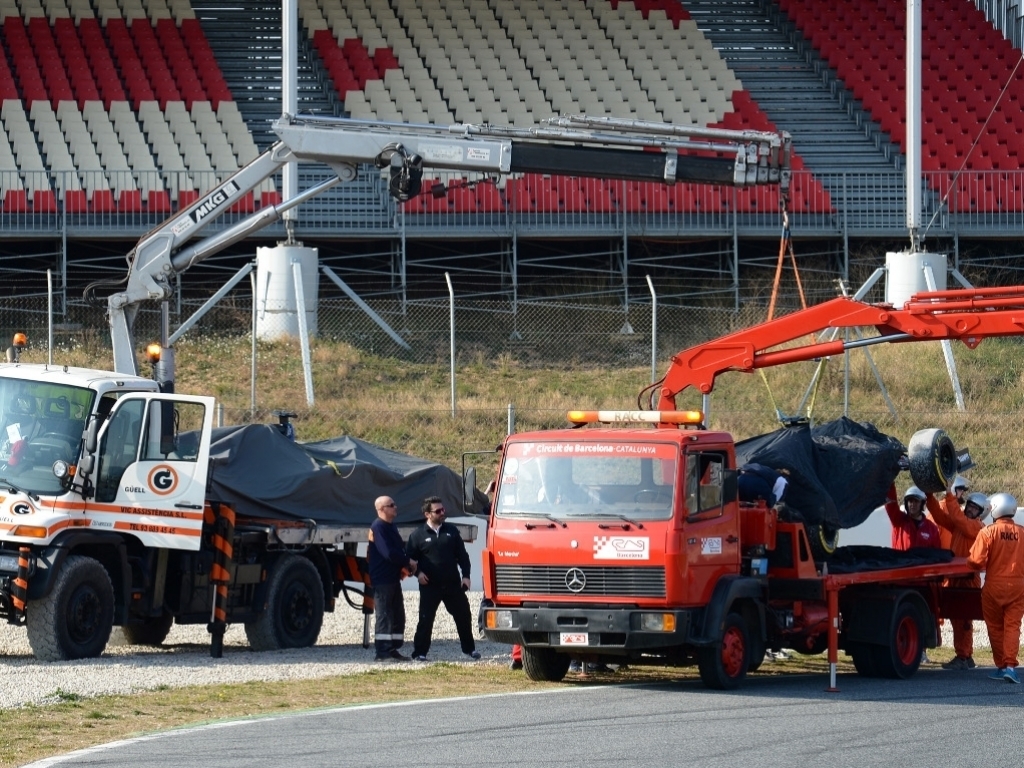 Although not wanting to lay blame for their testing accident on Felipe Nasr's shoulders, Susie Wolff insists she stayed "completely" on her line.

Putting in the laps at the Circuit de Barcelona-Catalunya on Thursday afternoon, the duo rather embarrassingly collided.

As is often the case, neither believes they were responsible.

"I stayed completely on my line, I didn't expect him to move across as aggressively as he did," Wolff told Autosport.

"He hit my front left with his rear. I went straight over to him and asked what the hell went on?

"It's stupid. For me what's clear is that I'm staying straight, I don't know if he expected me to move over or whether he was trying to optimise the corner entry.

"But if you know I'm there, he could have just gone into the corner.

"I'm not here to say I blame him, it happened. It was a stupid, unnecessary thing to happen."

As for Nasr, he says Wolff moved over only to then hit the rear of his Sauber.

Giving his view point, the Brazilian rookie said: "I caught up with her at Turn 4 and I could see her moving to the right so I thought that she knew I was coming.

"Then I committed myself to the braking into Turn 5 on the inside, and I felt a big hit on my rear suspension.