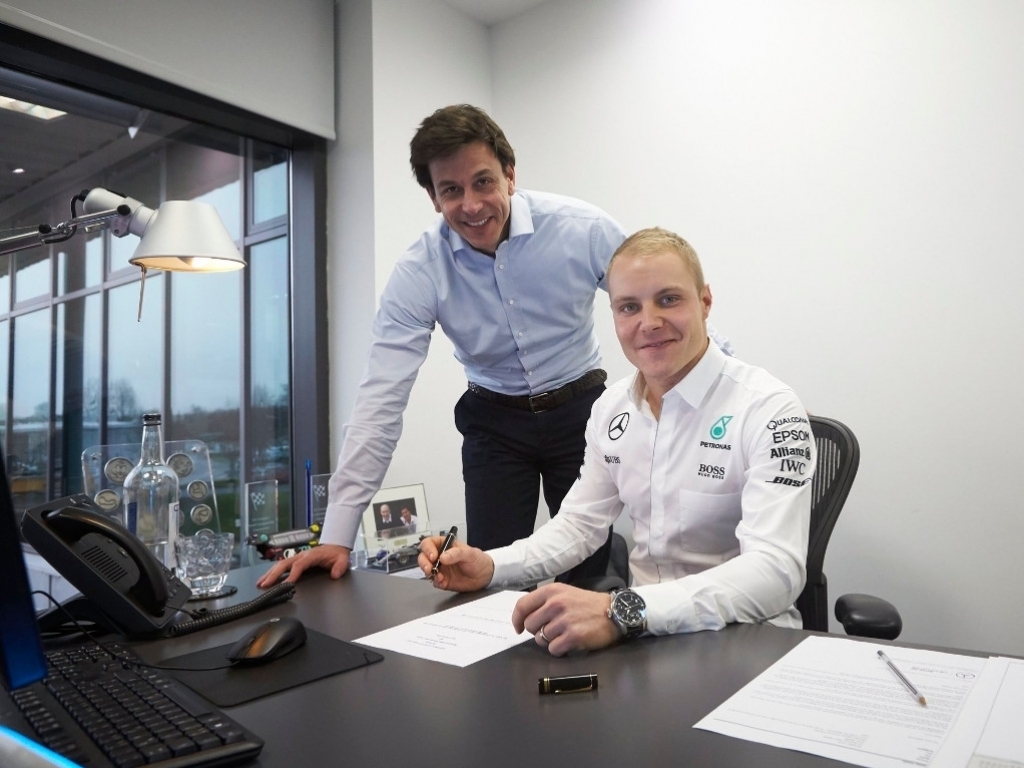 Toto Wolff believes Valtteri Bottas will seamlessly slip into Nico Rosberg’s shoes, filling the role that the German previously had to balance the driver relationship at Mercedes.

Although Bottas has yet to take to the track with his new Mercedes team, the Finn has spent time at Brackley getting to know the team personal.

This has given motorsport boss Wolff an insight into how things could work as Bottas takes on Lewis Hamilton.

“I think the balance between Valtteri and Lewis works,” he said in an video interview with Mercedes.

“For us, it was important to fill Nico’s shoes. Nico had a certain role within the team and Valtteri pretty much fits into that.

“We believe that the interaction and dynamics between the two drivers is going to work well. They respect each other.

“So far from what I’ve seen, Valtteri has settled in well.”

Bottas is not the only new aspect that Mercedes are dealing with in the run-up to the 2017 season, there are also new technical regulations in play.

Asked about the new car, he replied: “No major drama but when you push performance you obviously always pushing very hard.

“These days are very difficult in some of the areas of the factory in Brackley and Brixworth.

“The guys are pushing flat-out in order to bring the car and the engine in and meet the performance targets that we have set ourselves, make it reliable and then put the car together overall. It is the busiest time of the year.”

He added: “I’m most excited to see how the new cars are going to go because we expect them to be much faster and they look spectacular.

“It is going to be much more physical for the drivers.

“And when there is such a regulation change it gives opportunities and risks and we have set aggressive targets for where we think the car should be, and also the engine.

“We are pushing flat-out to achieve those targets but will those targets be enough or will other teams come out of the blocks better than we do, we don’t know.

“But whether there is a regulation change or not it is always this time of year when we are all very skeptical, question ourselves whether we’ve done a good enough job.

“This is very much the mentality in the team. It doesn’t make our days more happy but it is how we function.”