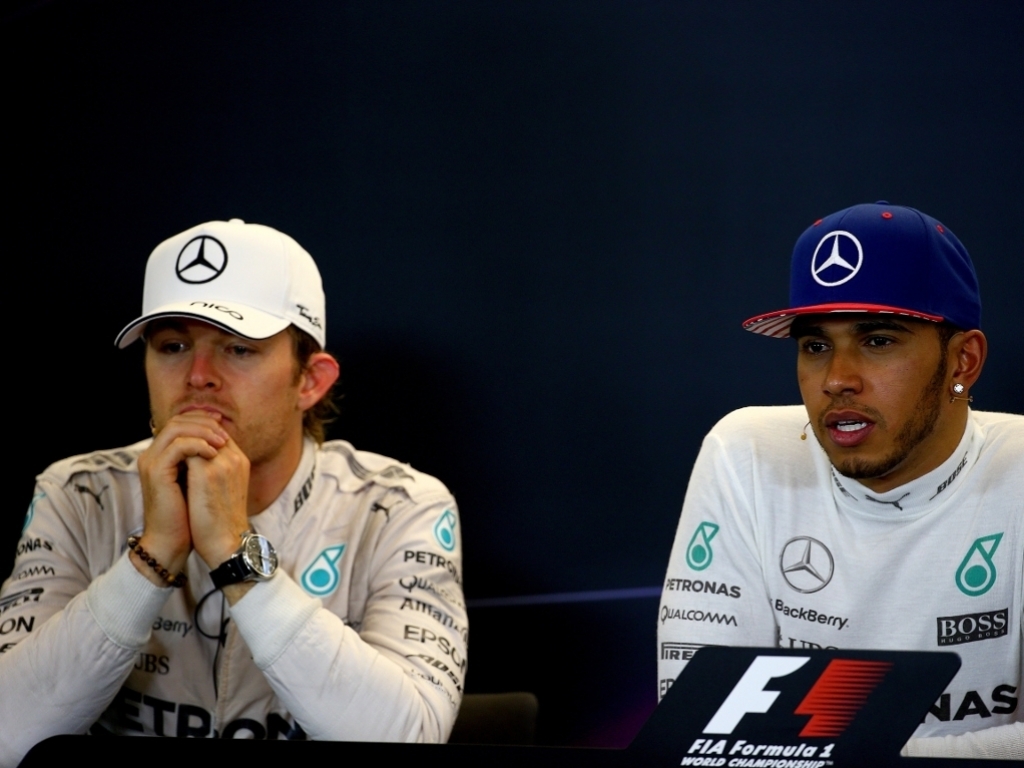 Mercedes boss Toto Wolff has said that the friction between Lewis Hamilton and Nico Rosberg at the United States Grand Prix is "totally normal", and has been "blown out of proportion".

The Mercedes drivers were involved in some on-track drama during Sunday's race in Austin when their cars touched as they tussled heading into Turn One. After the race Rosberg said that Hamilton had been "very aggressive" and had forced him wide.

Wolff admitted that he does not like it when his drivers make contact with each other, but that there was nothing wrong with Sunday's racing.

"It happens in racing cars between two drivers and it happens even more in the wet," he told the BBC.

"But one thing is for sure, it was not intentional from Lewis and it caused a situation where they just touched wheels and that is something that can end in a tricky way for the team, but it didn't."

Wolff doesn't believe it will be the last time that his drivers get a little too close for comfort either.

"Can it be avoided? No. Will it cause us grey hair in the future? It will. But within the team you can talk about such situations and try to avoid them best in the future," he said.

The drama did not end there tough, with Rosberg later seen throwing a cap at Hamilton as the pair prepared to take the podium, with Hamilton having secured the race win and with it the World Championship.

Once again Wolff has looked to down play the incident, declaring that Rosberg's frustrations were as one would have expected given the situation.

"These boys have known each other for 25 years and it was like throwing the cap to your mate and saying, 'Time to go on the podium'," he explained.

Rosberg was left seething after the race, having seen his Championship hopes end following a race which he had control of before a mistake on lap 48 handed Hamilton the lead.

"He was angry with everybody, with the world, with Lewis, with himself," Wolff said of Rosberg.

"As a sportsperson you just feel like vomiting and the good or the bad thing about F1 is it happens under the eyes of millions of spectators. Every move and every sentence and every emotion is being analysed. But it is completely normal."