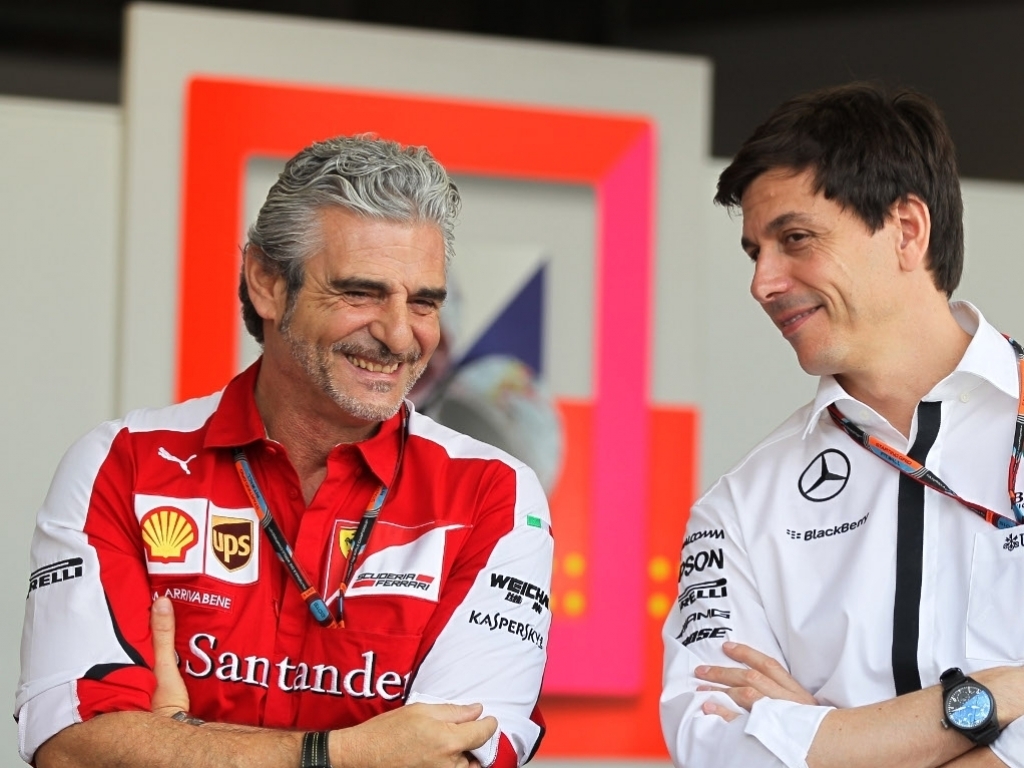 Toto Wolff has admitted that a Ferrari and Mercedes battle would have been a spectacle for fans had it not been for their recent slump in performance.

With Red Bull taking the Scuderia’s place as Mercedes’ number one competitor, Wolff explained that their red rivals are still a huge name in the sport.

Ferrari duo Kimi Raikkonen and Sebastian Vettel have yet to win a race this season, despite being expected to improve on the German’s three race wins last year.

“Ferrari is a great brand with capable people, and it would have been good fun to fight it out on track,” said the Austrian, who is on course to claim his third World Championship in a row.

“For whatever reason, in the most recent races they haven’t been able to perform to their levels – to the levels they expect to perform and we expect them to perform.

“For me the battle with Ferrari would be great for Formula 1, and even if this sounds a little absurd, I was very much looking forward to it.

“I hope they find their strengths again and we fight it out on track.

“I don’t think you can write Ferrari off. They have clearly had a tough time recently, and I think they switched off very early for 2017.

“Never underestimate a team with so much resources and so much passion. That would be my view.”