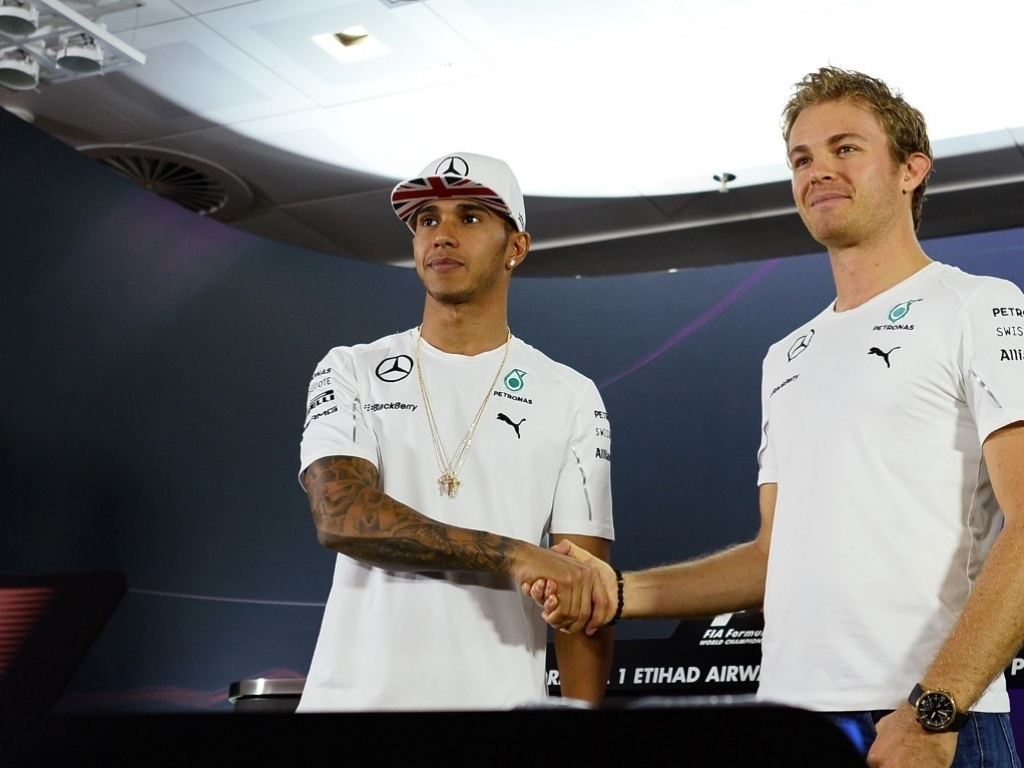 Don't expect Lewis Hamilton and Nico Rosberg to tone done their rivalry this year, according to Mercedes boss Toto Wolff.

With Mercedes the runaway leaders last year, the battle for the Drivers' Championship turned into a straight fight between Hamilton and Rosberg with the former coming out on top.

However, it wasn't quite without problems as both drivers had their moments on and off the track with the team left particularly embarrassed by their antics in Spa when they collided.

"I think they rate each other, they respect each other on track and I have no doubt that the battle's going to intensify," Wolff told Autosport.

"Both have learnt, both will ramp up their game in comparison to the other one.

"They will try to cure weaknesses and work on their strengths and for us it's a great situation because it helps the team to perform and it helps the car go faster if the two are pushing each other."