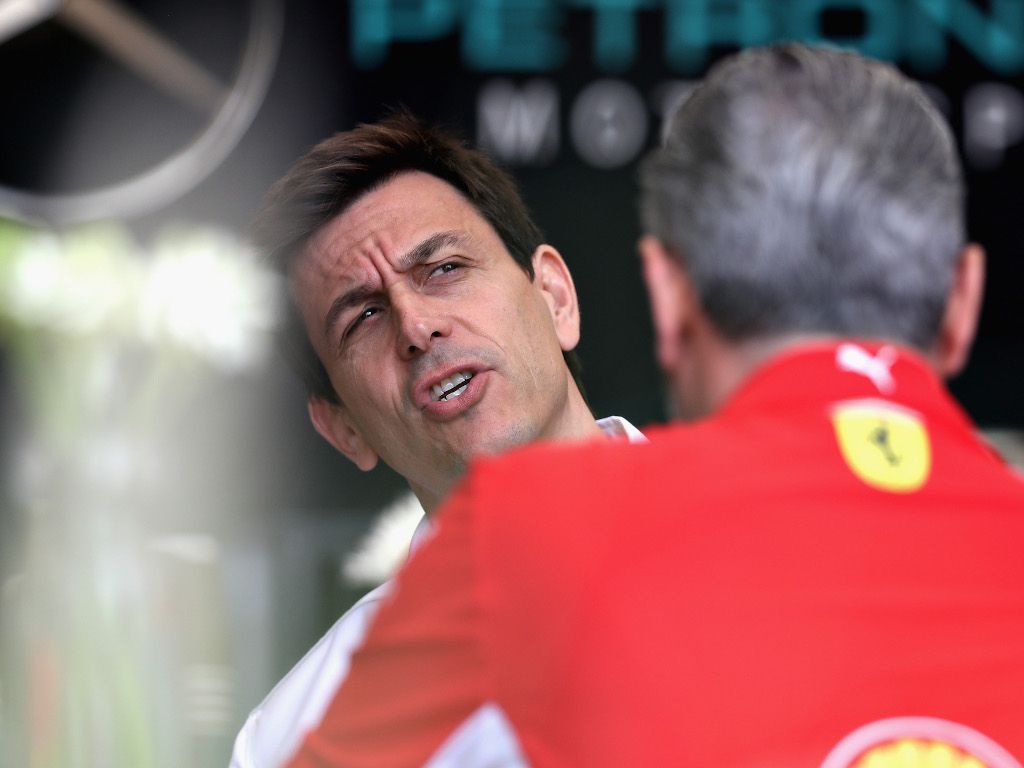 Toto Wolff believes the three-way tussle between Mercedes, Ferrari and Red Bull will “intensify” as F1’s development war kicks off in Spain.

The Spanish Grand Prix traditionally sees the teams arrive on the grid with massive upgrades with some even going as far as to introduce a B-spec car.

While smaller updates are run in the opening few races, it the first of the European rounds of the championship that heralds the beginning of the development war.

“The European season is also the time when teams start introducing bigger upgrades to their cars,” said Wolff.

“It’s the first step of the development race that looks like it could run to the very end of the season.

“It will be interesting to see how much performance the teams can find with their upgrades and what impact those upgrades will have on the team ranking – both at the front and in the midfield.”

It is, however, the battle at the sharp end that Wolff is most interested in.

Last time out in Azerbaijan, Mercedes claimed their first win of this season with Lewis Hamilton with Ferrari have already won two races and Red Bull one.

“The first four races indicate very strongly that we will see the three-way battle continue and – if anything – intensify,” the Mercedes team principal said.

“Barcelona holds mixed memories for us – a double DNF in 2016, but also a dramatic win for Lewis last year after passing [Sebastian] Vettel on track for the lead.

“We’re hoping that this year’s Spanish Grand Prix will be a good race for us, but we know that it will be tough.”