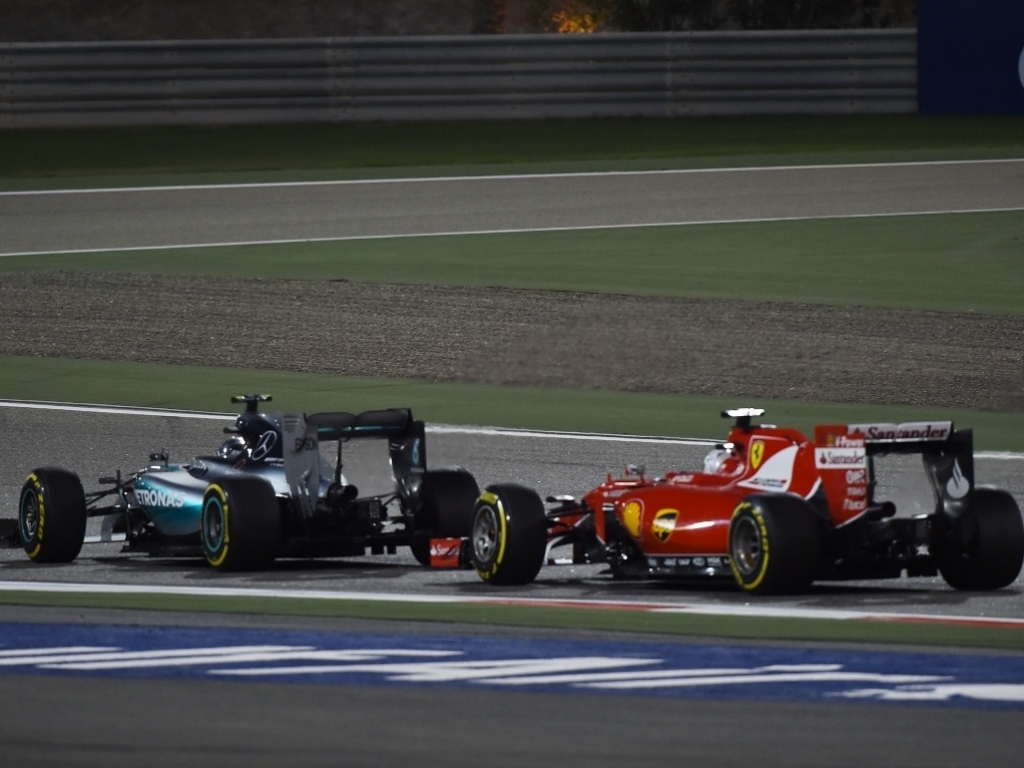 Mercedes motorsport boss Toto Wolff has once again hailed Ferrari's resurgence, saying the fight between the two teams in Bahrain shows the sport is in good shape.

Many people believed that Lewis Hamilton and Mercedes' commanding display at the season-opening Australian Grand Prix would be the death knell for Formula 1 this year with some even calling on the powers that be to introduce an equalisation measure.

However, Ferrari proved in Malaysia that they don't need help as they returned to the top step of the podium through Sebastian Vettel.

Although Hamilton and Merc won in China and Bahrain, Ferrari have been there or thereabouts with Kimi Raikkonen splitting the Mercs at the Sakhir circuit over the weekend.

Wolff says it is good to have close battles at the front.

"We tend to be between very lows and very highs and I wouldn't say now everything is solved.

"We had a good race and I think the sport is in good shape and we saw that. We had two teams fighting with the knife between the teeth for the victory."

Wolff also believes that Ferrari's strong showing this season means it's important to tie Hamilton down to a new contract.

The two-time World Champion's initial three-year contract runs out at the end of the season and, although both parties are yet to put pen to paper, they are confident a deal will be signed.

"Of course, Lewis is a factor and an exceptional guy in the car," Wolff is quoted as saying by Autosport.

"We have a solid foundation in the team; we have built an organisation which can be successful on a sustainable basis long term.

"With Ferrari bouncing back very strongly, it's a win-win [to keep Hamilton]."