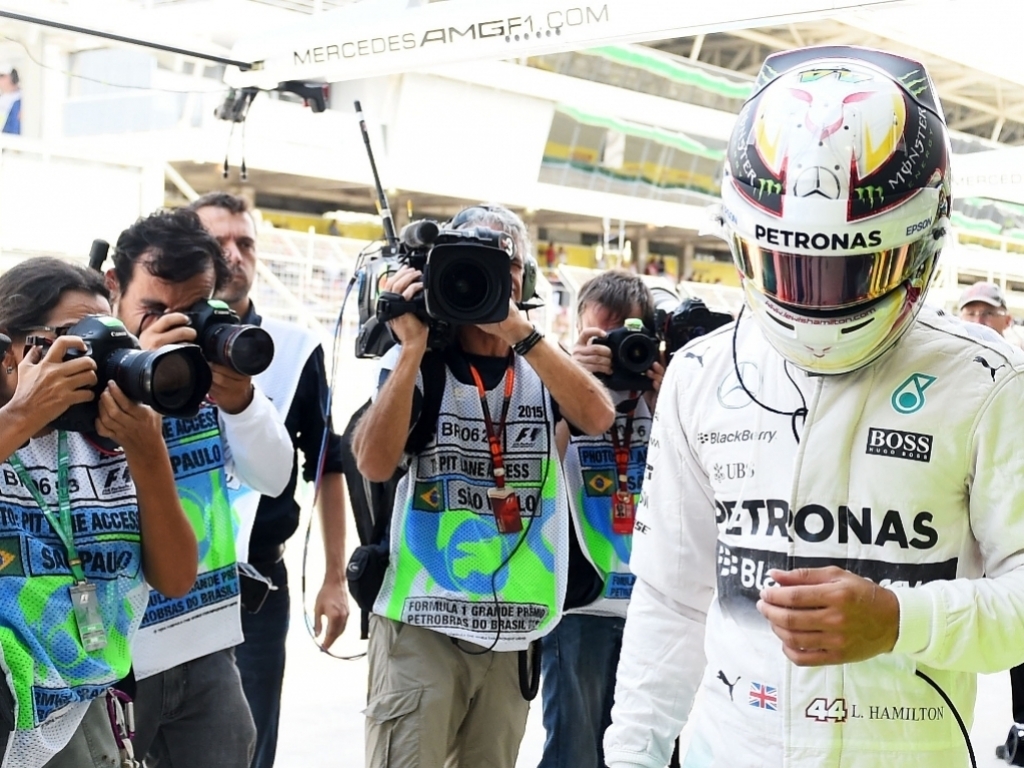 Mercedes motorsport boss Toto Wolff has hit back at those who have criticised Lewis Hamilton's lifestyle, describing the triple World Champion as a "rockstar racing driver" who delivers on and off the track.

Hamilton's lifestyle is once again under scrutiny after he was involved in a minor car crash in Monaco on Monday, but the 30-year-old confirmed via social media that no one was hurt in the accident.

Besides that incident, he also admitted that he worked and partied non-stop since the Mexican Grand Prix and was forced to delay his departure to Brazil on medical advice.

After arriving in Sao Paulo he conceded that the "heavy partying" took its toll, but he is close to being 100 percent again after catching up on some lost sleep.

Needless to say he has come in for some heavy stick, but Wolff feels people should lay off him.

"My main view is give the boy a break," he told The Sun. "He is the world champion. He has won races. It has been one of the most dominate seasons we have ever seen. He has done it all. Let him enjoy it.

"For me and the team, one thing is fundamental; that the drivers deliver the results. So long as they score the results and continue to driver then the situation is perfectly good for us. Lewis won the world championship two weeks ago, his second in a row and his third, he has had a dominant season.

"At the moment, he is the best driver in the paddock. He is not just the best driver because of his talent but because he knows what is good for him and what isn't. Sometimes you have to stretch the limit and probably now we are at the point where he will recalibrate in some way.

"But it is perfectly reasonable that we give him that space, and even more if you consider he has just become the world champion. If the title was not already decided, he would not be out there at three in the morning if it was a different situation in the championship."

It is not the first time and it won't be the last time that Hamilton's private life is under the spotlight, but Wolff says "it doesn't bother me at all because he delivers".

"Formula One needs characters. Lewis is a rockstar racing driver and he does not only deliver in a car, he delivers for the brand in his life outside of the track. That life certainly creates controversy, but it also makes him a personality with edges," he said.

"Just because many people out there judge that lifestyle to be detrimental to a racing drivers' career, it doesn't bother me at all because he delivers. If somebody is without fault. Very corporate. Very polished with no edges, his personality will not be as big and therefore not as good for the brand.

"If you have a great personality, there are going to be people who love you and those who hate you. You will cause controversy and this makes you. That is secondary for me. The primary objective is to deliver in the race car. This is why he is where he is."