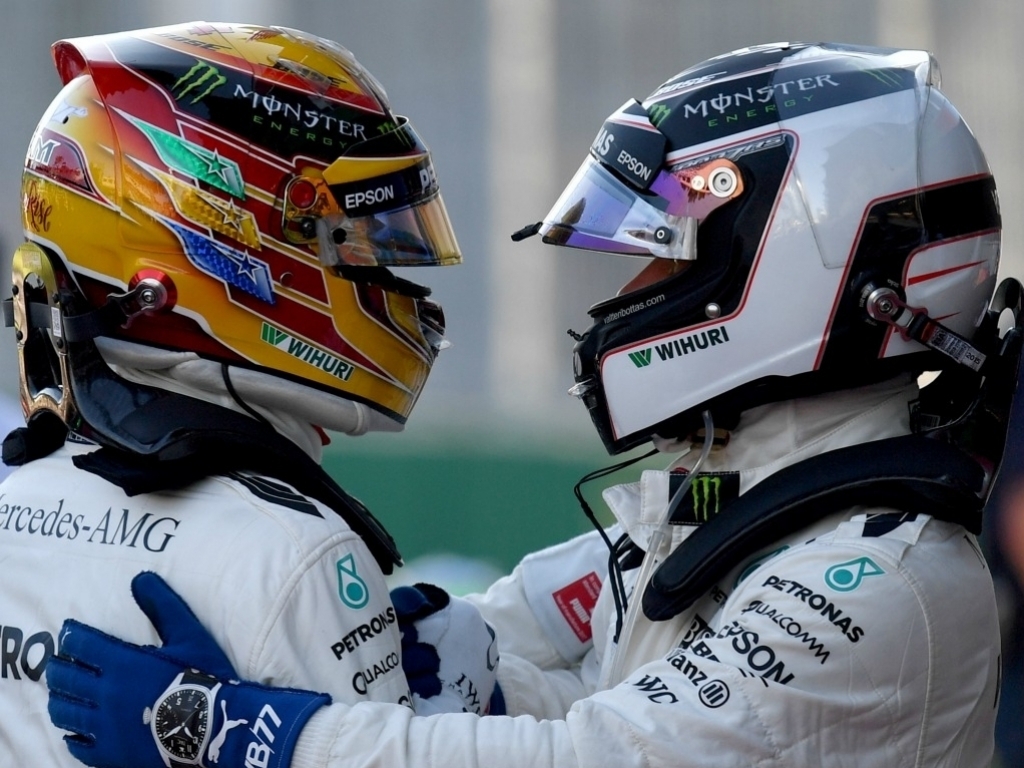 Mercedes boss Toto Wolff has praised Lewis Hamilton and Valtteri Bottas for the "underlying respect" they have for each other.

The Silver Arrows had a toxic situation on their hands with Hamilton and retired 2016 World Champion Nico Rosberg, but Bottas' introduction has certainly helped calm the waters.

"Valtteri for me is performing up to our expectations. When we decided to take him we knew about his qualities," said Wolff via Autosport.

"So on track he has met our expectations and it's getting better every race, and he progresses every race, which is very nice to see.

"But where he has exceeded our expectations, and both of them have actually, is how they work together.

"They get on with each other, and respect each other, on track and even more off track. It's very straightforward.

"It came to a point in Silverstone when Lewis said: 'I'm going to pull him along with me.'

"It's just an underlying respect for the other individual and the other race driver.

"Have you seen that in the past in a team, where the two guys got on like this?"

Wolff also described how the dynamic is different now compared to last year.

He added:"The personal relationship between Valtteri and Lewis is totally different than what it was between Nico and Lewis.

"The working relationship is just in a totally different league, which carries over into the dynamics within the team, because everybody is affected in a positive or negative way."

Wolff also believes that Mercedes have coped well with the changes from last year to this season.

"A certain factor of disruption is not negative," Wolff said.

"I would say I'm happy with our performance. Because if you would have said to me in the winter that we would win six races and have eight pole positions [before the break], I would have taken it.

"All in all, I would say we have done OK, considering there were so many changes.

"We knew how difficult it would be to stay competitive through such a major regulatory change, because it hasn't been done before."