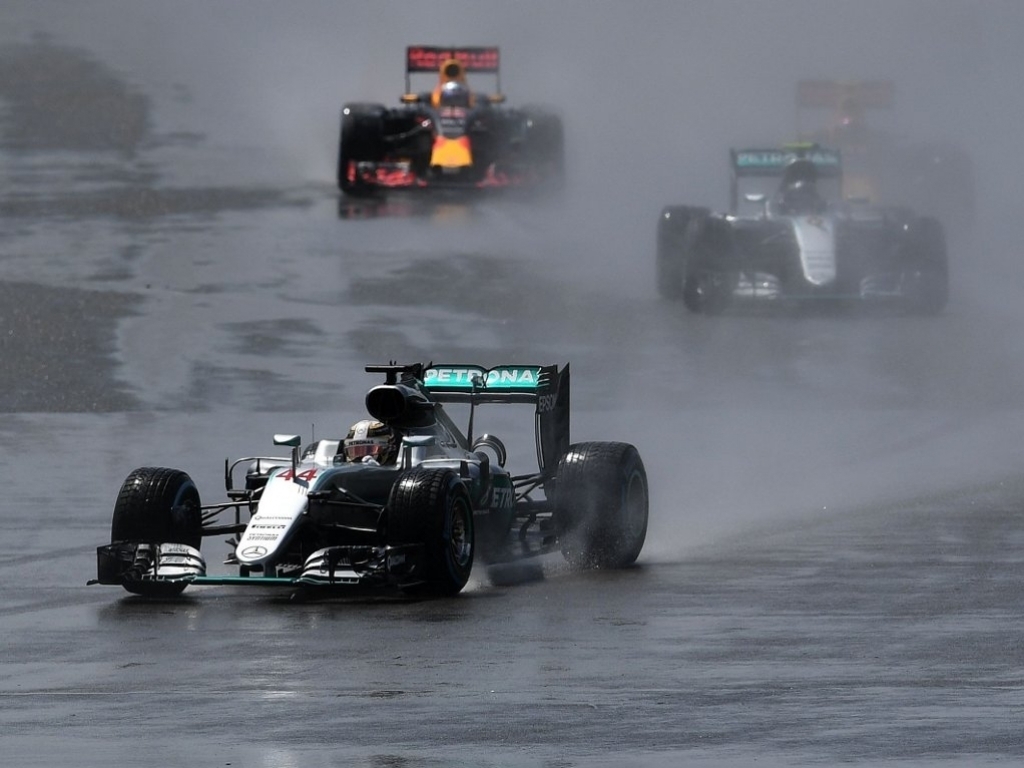 According to Mercedes boss Toto Wolff, Lewis Hamilton is the ultimate driver in wet weather after he stormed to victory at the British Grand Prix.

It is a well-known fact that the Brit is one of the best drivers around when it comes to driving on a wet circuit, something he proved at Silverstone on Sunday when he navigated his way through the flooded track.

The rainy conditions called for the GP to start with a safety car, which meant that there was no exciting inter-team battle between Hamilton and his rival and teammate Nico Rosberg at the green light.

When quizzed by ESPN if the triple World Champion has the upper-hand over Rosberg in wet conditions, Wolff answered: "You're right, we've seen it in Monaco, [Rosberg's] problem in Monaco was a different one, in order to get the tyres in the right window.

"I think today we saw Lewis was very confident, and was extremely focused and calm and on a day like this a Lewis Hamilton is unstoppable. I think that's what we've seen."

The Austrian also added that Hamilton was aided in victory by Max Verstappen, who slowed Rosberg down as they both battled for P2, which initially went to the German but was later given to the Red Bull youngster after a ten-second timed penalty was handed to the Championship leader for receiving instructions from his team.

"It was Lewis' race because his pace at the beginning determined the rest of the outcome," he continued.

"Obviously Nico was in a hard battle with [Max] Verstappen, so it was clear that unless he had a technical problem he would win the race, and that was a nice feeling."