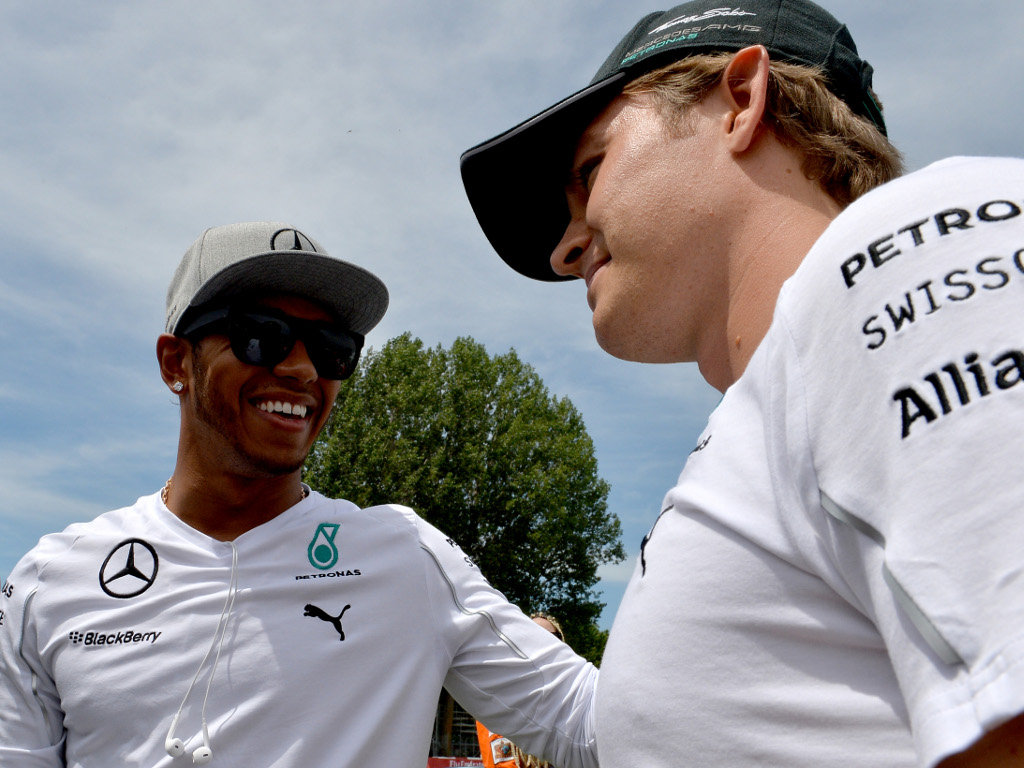 Mercedes boss Toto Wolff admits the Nico Rosberg-Lewis Hamilton rivalry could “get more heated” and has suggested the two could be allowed to go all out for the Drivers’ crown once the team title has been secured.

Rosberg currently leads the Drivers’ Championship by 11 points from Hamilton with Daniel Ricciardo from Red Bull another 60 points adrift, but the tension between the two Merc drivers has on occasion threatened to boil over.

Although the powers that be at Brackley insist their drivers are free to race each other on track, data is still shared between the drivers.

However, Wolff has indicated that could change once the Constructors’ Championship is wrapped up.

“Yes, potentially it is going to get more heated, but if we carry on in performing as we do now I am still carefully optimistic that it is only up to the two of them in fighting for the World Championship,” he told the official Formula 1 website.

“Then we get to a situation where we could discuss if we want to maintain the way we work with each other. Do we think it is beneficial for the car, the team, and both sides of the garage? Or do we want to recalibrate a little bit, because it is about the two of them and one remaining World Championship?’ That is a question mark – I don’t know, because I haven’t been there yet. It is new ground.”

There have been times when the Merc bosses were left worried that things could get out of hand with both Rosberg and Hamilton making controversial statements in the media, but Wolff says they have been warned about their conduct.

“For the drivers, it is about the Drivers’ World Championship, but nevertheless you have to understand that there is a big organisation behind them – one of the biggest and most well-known brands in the world – and sometimes the team comes first,” he said.

“That is clear and both of them acknowledge and accept that. This is very important. They recognise the historic achievements of Mercedes-Benz in motorsport, and they put their own place in the right context.”

The Mercedes pair have provided a lot of entertainment so far this season though as they had plenty of on-track duels and Wolff feels it is good for the sport if they are allowed to race.

“I think it was very beneficial for Formula One and for Mercedes. We all loved the race, even if I got a couple of grey hairs during it,” he said. “There is much more than our own little sporting agenda. There is F1 as a sport; the fans; the brands we represent.

“I think we owe it to everyone to let them race, especially in a season when it is our two cars battling out front. I could be very short-sighted and say I want to win the Drivers’ and Constructors’ titles, and this is how we do it: team orders, don’t crash into each other, and carry it on like it was always done. But we are going into new ground.

“Until now it has functioned really well. Could it come to a point where we say it is difficult to manage? It could be, but I don’t see it – not with the two of them.”