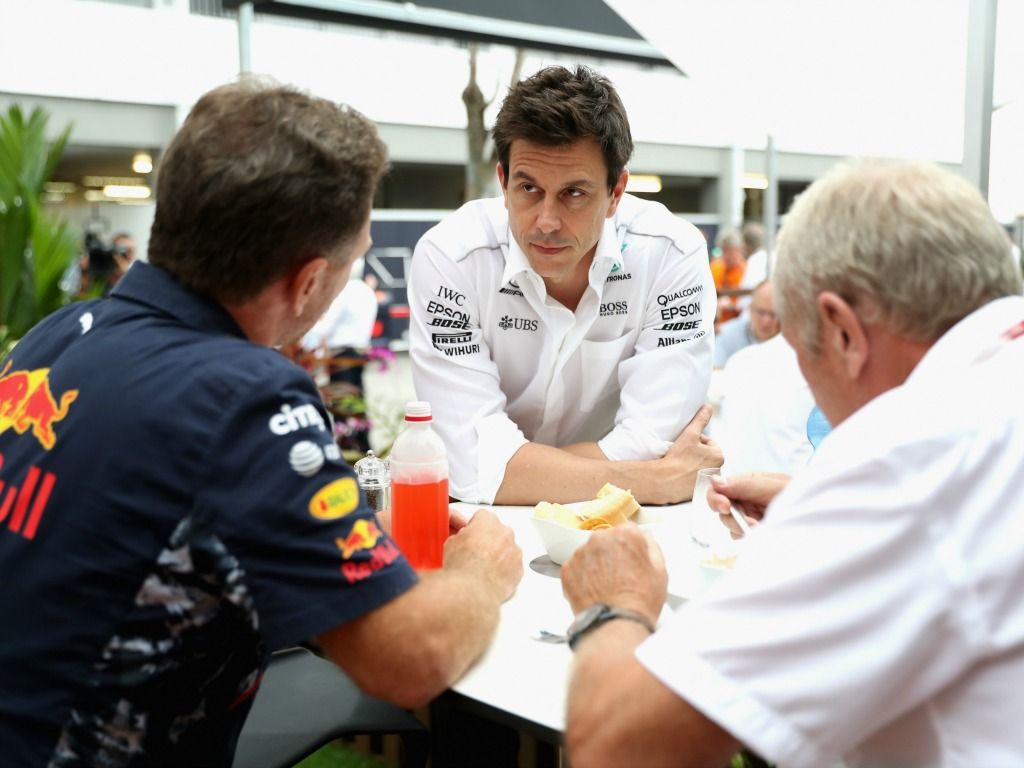 Mercedes boss Toto Wolff has said he has never seen Red Bull’s Christian Horner as “livid” before over the new regulations for 2019.

Simplified front wings and front brake ducts, and wider rear wings, are going to be introduced next season in order to try and help create more overtaking opportunities by making it easier for cars to follow each other.

The new rules will make the cars significantly slower compared to this season and also increase costs in a sport which needs to bring its finances under more control.

The latter effect caused Horner to strongly criticise the decision to change the regulations, and Wolff has said he has never seen another issue which has made the Red Bull team principal this angry before.

“It seems to be upsetting them massively. I don’t know why, for us it was a 50-50 decision.

“We wanted to be supportive of the work that’s been done and the direction looks correct.”

Red Bull’s motorsport advisor, Dr Helmut Marko, meanwhile, believes Mercedes were also going to be in favour of the new rules as it will weaken their rivals.

“Mercedes wanted the new rules because they’re at the end with their aerodynamic concept. They want to start from scratch because it hurts us,” Marko said.