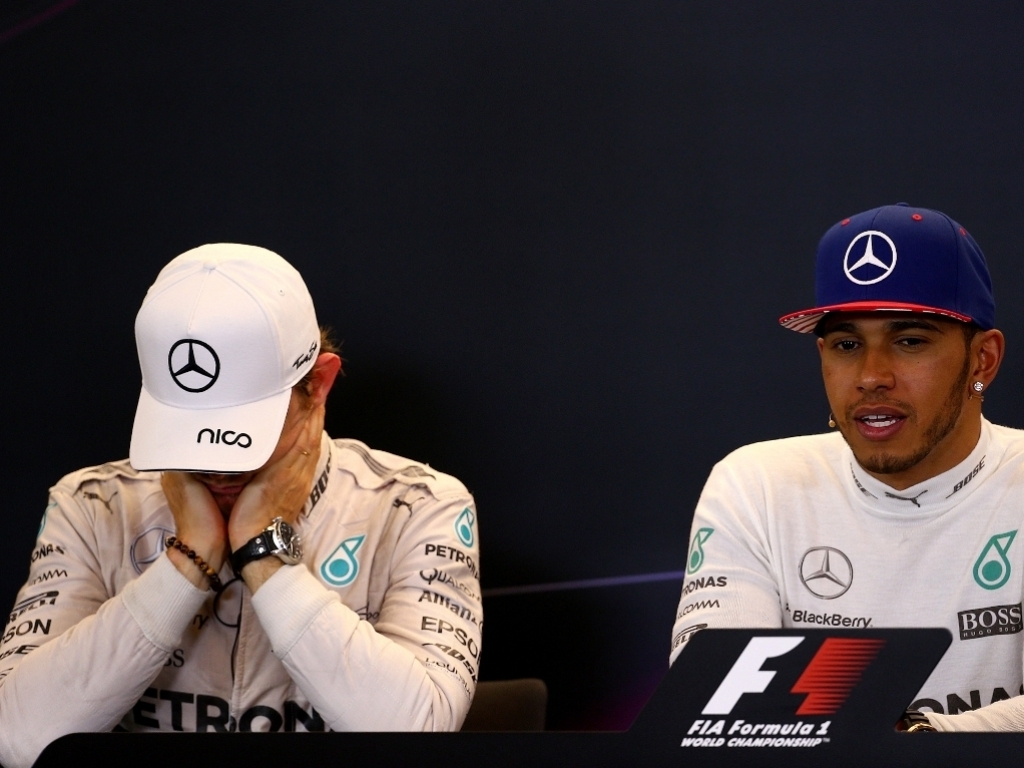 The pair have tussled for the title for the past two seasons, with Hamilton triumphing on each occasion, but there have been a number of controversial moments along the way.

They have had some clashes on the track with the 2014 Belgian GP and 2015 United States GP the most notably while off the track Rosberg threw his cap at his team-mate after Texas race. Hamilton then implied after the Mexican Grand Prix that the team had helped the German to win the race.

Hamilton may have wrapped up the Drivers’ Championship, but it seems that the pair have no intention of lifting their feet off the gas as they battle it out at the remaining two races of the 2015 campaign.

While this can make some difficult moments for Wolff to mediate, the German feels that his drivers' rivalry can only be positive for F1.

"The rivalry like we have between Lewis and Nico is great for the sport, great for the team and great for the drivers themselves," he said. "They are pushing each other harder and harder, pushing the team forward with them and providing a fascinating story."

Mercedes have completed a one-two finish in the last two races, but Wolff knows that the team's rivals cannot be written off heading to Interlagos.

"Of course, they are never without pressure from rivals further afield," he said. "Ferrari had a bad weekend in Mexico, but they will no doubt be a threat in Brazil – as will Williams after another podium finish last time out. This [Brazil] is a race which often brings surprises and never fails to entertain."