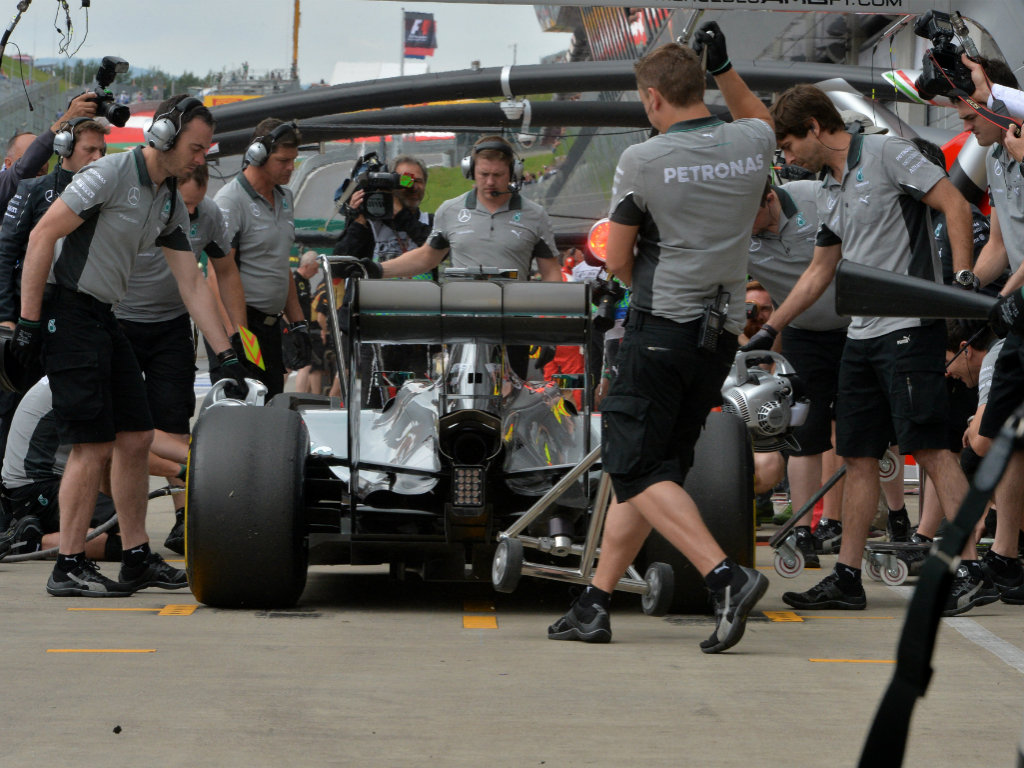 Toto Wolff concedes Merc were not aggressive enough during Lewis Hamilton’s pitstop in Austria, but insists he was never in the running to win…

Mercedes motorsport boss Toto Wolff concedes the team were not aggressive enough during Lewis Hamilton’s pitstop in Austria, but insists he was never in the running to win the race.

Hamilton started ninth on the grid in Spielberg after spinning during qualifying, but he managed to negotiate his way out to third behind team-mate Nico Rosberg and Valtteri Bottas when he pitted on lap 39. It was a sluggish stop and he lost time to the two ahead of him.

Although he managed to get past the Williams of Bottas, Rosberg proved to be too good and he had to settle for second.

Wolff, though, denied that the poor pitstop cost him the victory.

“Yes of course but he lost the race in qualifying,” he is quoted as saying by ESPNF1. “He recovered tremendously with a great start and a great first lap. In all our calculations the best result was a second and he achieved a second.”

While the likes of Red Bull and Ferrari consistently produce pitstops of under three seconds, Mercedes usually adopt a conservative approach, but that might change.

“Obviously our pit stops generally were not on the level we wanted them to be,” Wolff said. “We were always on the conservative side because we had quite a gap to the other teams and we did not want to ruin it with an unsafe release. Maybe that is a thing we need to look at and get aggressive again if the gaps to other teams narrows down.

“But then in Lewis’ favour we pitted him early, before Nico, which is against what we normally do, usually it’s the leading car who gets the call and pits early. In this case we pitted Lewis in order to jump Valtteri so he had the benefit of the strategy even though he was second on track.”