Home Uncategorized Wolff ‘not in happy place’ after Hamilton-Bottas swap 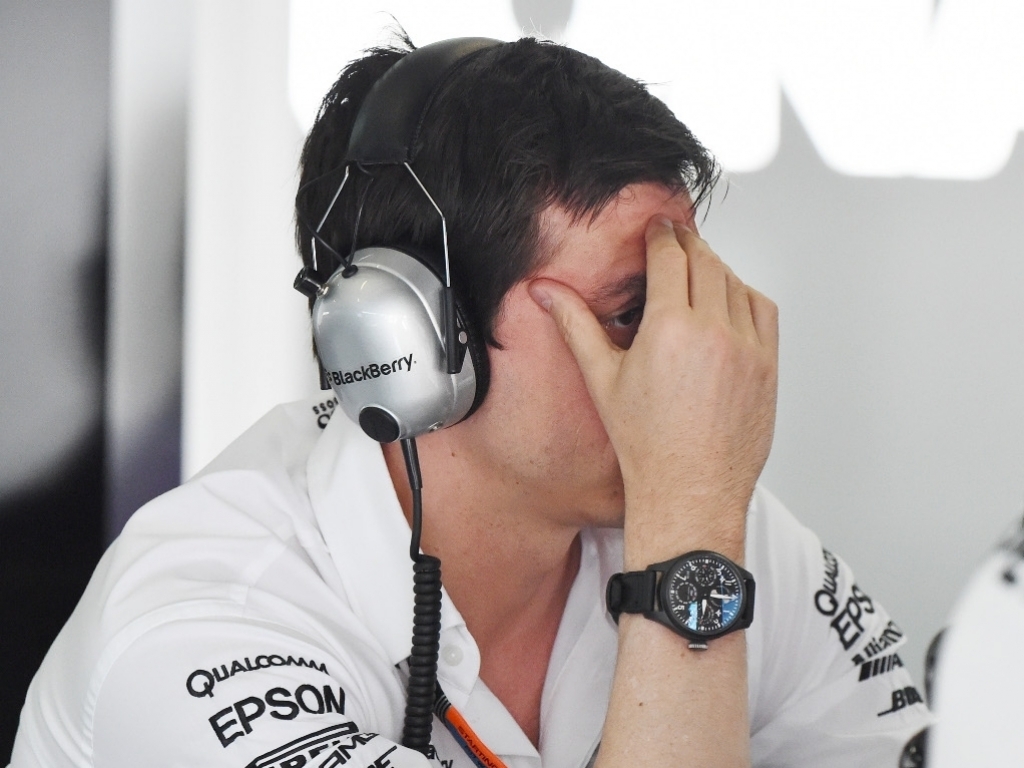 Mercedes boss Toto Wolff is "not in a happy place" after being forced to swap drivers to try and counter Ferrari's race pace in Hungary.

Lewis Hamilton was allowed to pass Valtteri Bottas in order to mount an attack on the two Ferrari cars out in front, on the promise that he would give the final podium spot back to the Finn if he was unsuccessful.

The Brit stayed true to his word and handed P3 back to Bottas on the final corner of the final lap, but Wolff is not happy that the pit wall had to come to such a decision to try and take the race away from their title rivals.

"I am not in a happy place at the moment," said Wolff. "But what can I say? If you are not fast enough at least you are sportsmanlike."

Asked by the official Formula 1 website why Mercedes made the swap back, he added: "Because these values made us win six championships and will make us win more championships in the future, in the years to come.

"Yes it cost us three points and potentially the drivers' championship, we are perfectly conscious about that. Nevertheless it is how the drivers and the team operate. We stick to what we say. If the consequences are as much as losing the championship – we take it!"

Wolff then said he would be the first person to "shoot myself in the knee" if the decision does end up costing Mercedes both titles.

He added:"Saying that I wouldn’t regret the decision would be very naive. The truth is that if you miss out the championship by those three points everybody would point the finger to Budapest. Then I would be the first one to shoot myself in the knee – and all of us!

"Nevertheless, in the long term standing by our principles and values will make us win more championships, that is what I believe.

"Yes, it was a tough call to make, and probably the most difficult that we had to make in the last five years, but it was the right one in terms of our values. We want to do it the right way. And that is sometimes very tough."