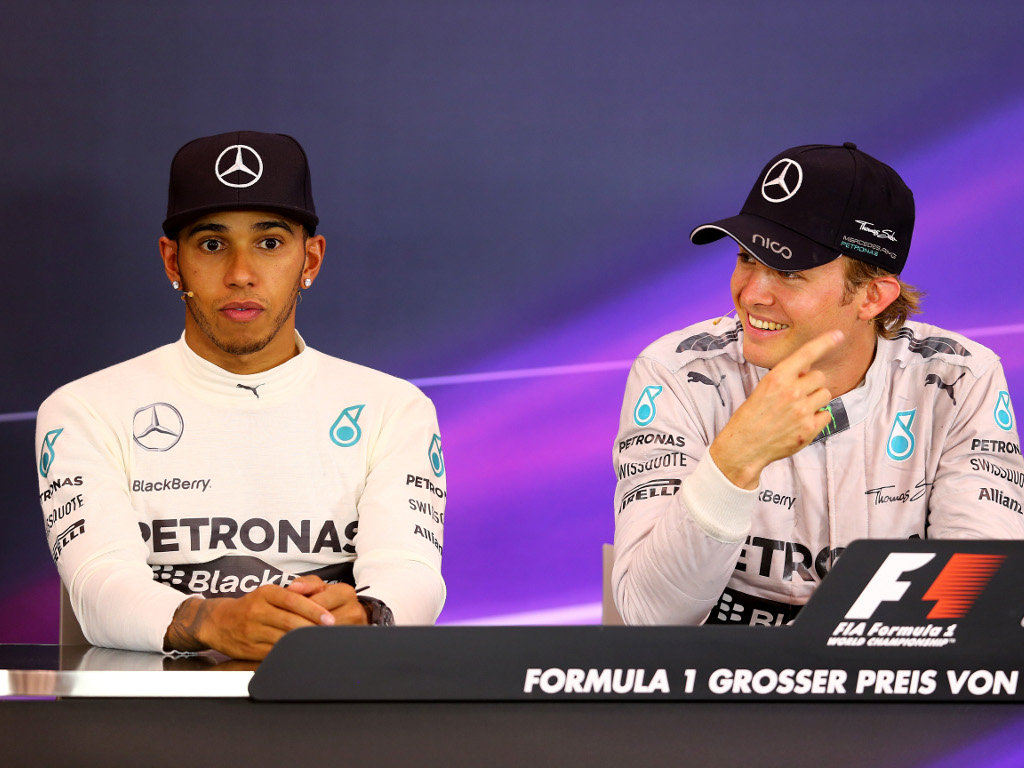 The cracks are beginning to show at Mercedes with Toto Wolff revealing that the two sides of the garage are not as transparent as they have been.

Sunday’s Austrian Grand Prix was once again a battle of the two Mercedes drivers as the Championship protagonists finished first and second.

Nico Rosberg won the grand prix a second ahead of Lewis Hamilton, the team’s sixth 1-2 result of this season.

But with the Mercedes duo the only drivers with a realistic chance of winning this year’s World title, the stakes have been raised and the cracks in the drivers’ relationship are beginning to show.

“Our first priority must be to let the two compete against each other,” Wolff told Sky F1. “They are on such a close level and we don’t want to interfere from the outside and manipulate it in one or the other direction.

“So the playing field must be kept equal, that’s for sure.

“Nevertheless, yesterday [the team] had a bit of a moment. After P3 we weren’t in good shape and the atmosphere wasn’t like in the races before.

“We see that it’s getting very competitive, that transparency is suffering a little bit and we need to make sure that this is not detrimental to the team.”

He added: “Transparency is all about exchanging views and what the car does and learning from each other.

“We obviously have to look very carefully at it, but we don’t want to keep the lap which is the lap which is showing how capable the car is until the final qualifying because we need to understand where we can improve the car. That is one of the examples.

“I’m not saying this has happened – we just don’t want to see any sandbagging and aborted laps when we need to learn about the car.”

The Mercedes motorsport boss does however concede that it won’t all be smooth sailing as his drivers fight it out. But as long as they don’t take each other out, he’s okay with not having a number one driver.

“We must expect tension to creep in,” Wolff said.

“In the past most of the systems came back to a number one and number two driver. We are still in the situation that we believe in equal status because it’s what we think our racing philosophy and spirit should be – and not only for Mercedes but Formula 1 in general.

“But, as I said before, we are not having any issues until now. It is all running in the way we expected but we need to monitor it.”