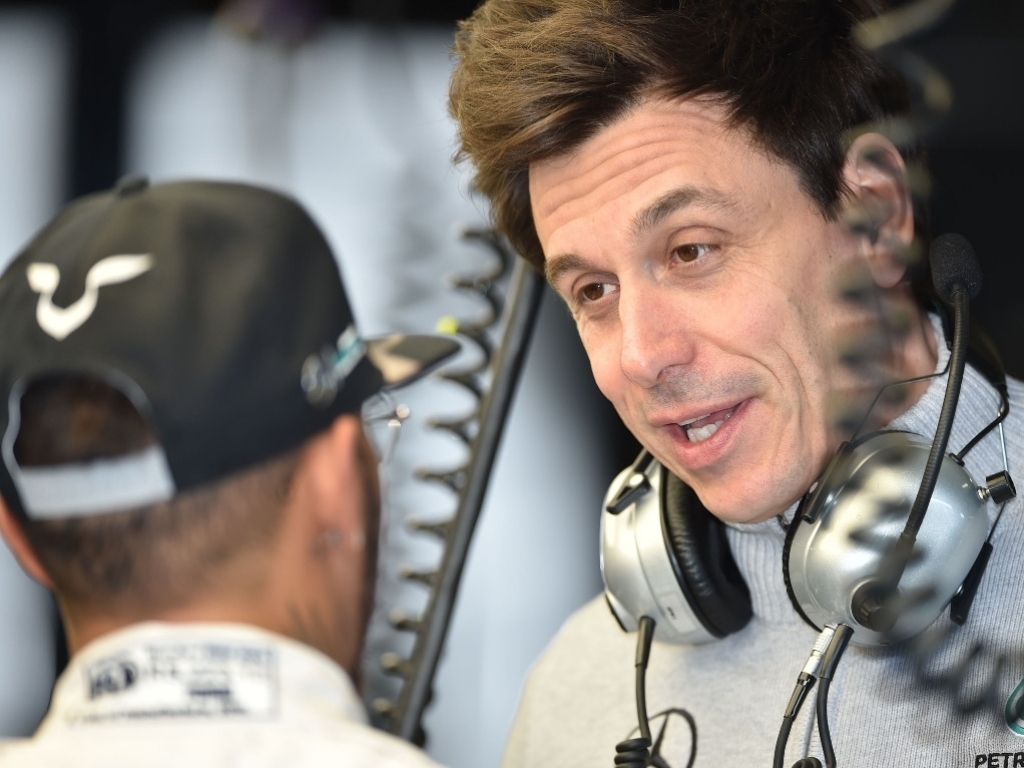 Toto Wolff says he is "sure" that Lewis Hamilton was not backing Nico Rosberg up during the Hungarian Grand Prix.

Hamilton, who was leading the race ahead of his team-mate Rosberg, was told to "pick up the pace" when he swapped to the soft tyres for the middle stint.

Such was Hamilton's pace that Mercedes considered pitting Rosberg first in the second round of stops in order to keep him out of Daniel Ricciardo's clutches.

However with Ricciardo pitting early and Hamilton upping the pace, Mercedes stuck to the norm of pitting the lead driver first.

Hamilton won the grand prix by 1.9s ahead of the German.

Asked about Hamilton's actions on Sunday, Mercedes motorsport boss Wolff shot down suggestions that the World Champ was trying to back up Rosberg.

"All weekend we were discussing with them that they need to be very cautious on the tyres… We didn't have any experience on those tyres, so he over-managed it probably.

"He had everything under control, he knew that Nico was behind him and didn't realise that the [traffic] train was approaching fast and that there was a different strategy behind him, so I guess he didn't have the complete picture and for him it looked OK.

"That's why he just took it easy."