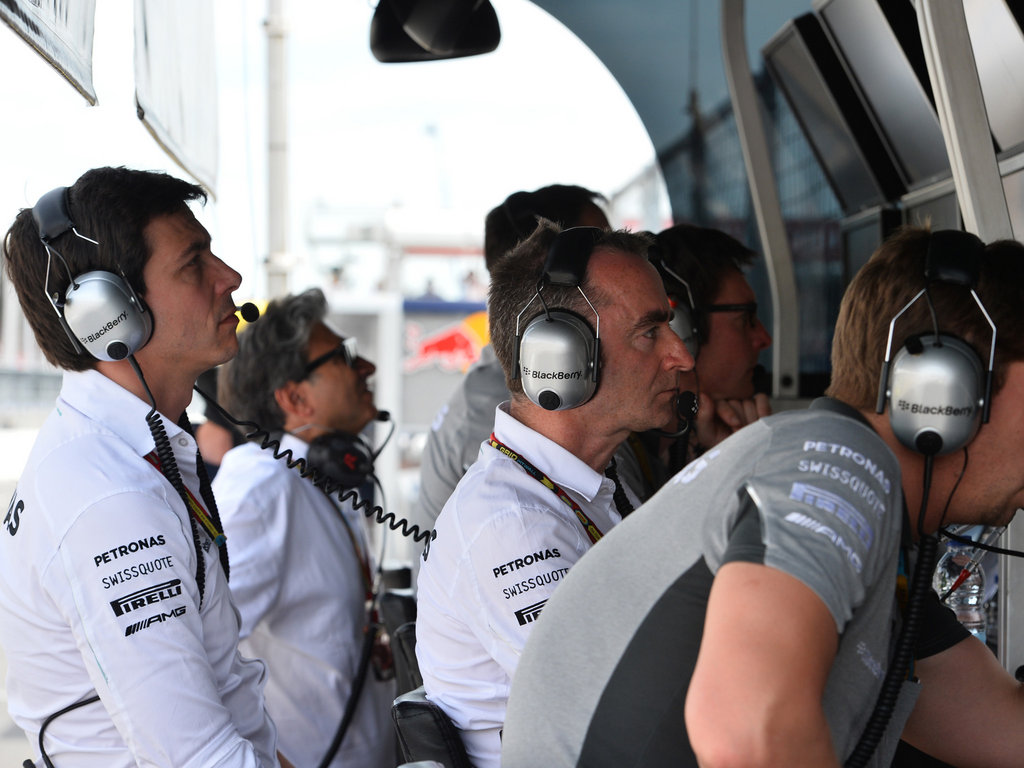 According to Mercedes Executive Director Toto Wolff, all Formula One teams will operate with more than one boss in the near future.

Wolff played a major role in the restructuring of Mercedes’ operations after the departure of Ross Brawn, who was effectively replaced by a joint-management arrangement.

Speaking to Autosport in an exclusive interview, Wolff admitted that he sees that sort of structure as the way forward for F1 teams.

“We will not repeat the mistakes of the past,” Wolff told Autosport.

“The structure should not at all be diluted by what we have defined before as a team principal role. I have a very strong opinion on that.

“By giving someone a mega technical role to then represent the company, and interact with key stakeholders – like the FIA, FOM, big sponsors, and the Daimler board – you dilute his effort.

“One of the key things is to place people in roles depending on their skills and competence – and make sure they stay in their field of competence.

“You can develop people but that is very dangerous – just look at the Peter Principle. A technical director being promoted to a team principal is not necessarily right.

“Today’s F1 teams are not the organisations they were 10 or even five years ago.

“You need to place the people where they perform best and then give them everything they need to perform best.”

Wolff believes Mercedes was able to make significant steps forward in the 2014 F1 season thanks to their management structure, which allowed the various members of the team to focus more on their areas of expertise.

“For Ross it was difficult to accept that the role is changing, because he only came back to F1 to be the single point of reference, as he called it.

“But in a team of 800 staff, with 400 in Brixworth, there isn’t a single point of reference anymore.

“Yes, there is responsibility to one individual at the end, but everyone needs to work in their field of competence.

“And Paddy was always made clear from the beginning that this is how we want to position it and this happened without any problems.”