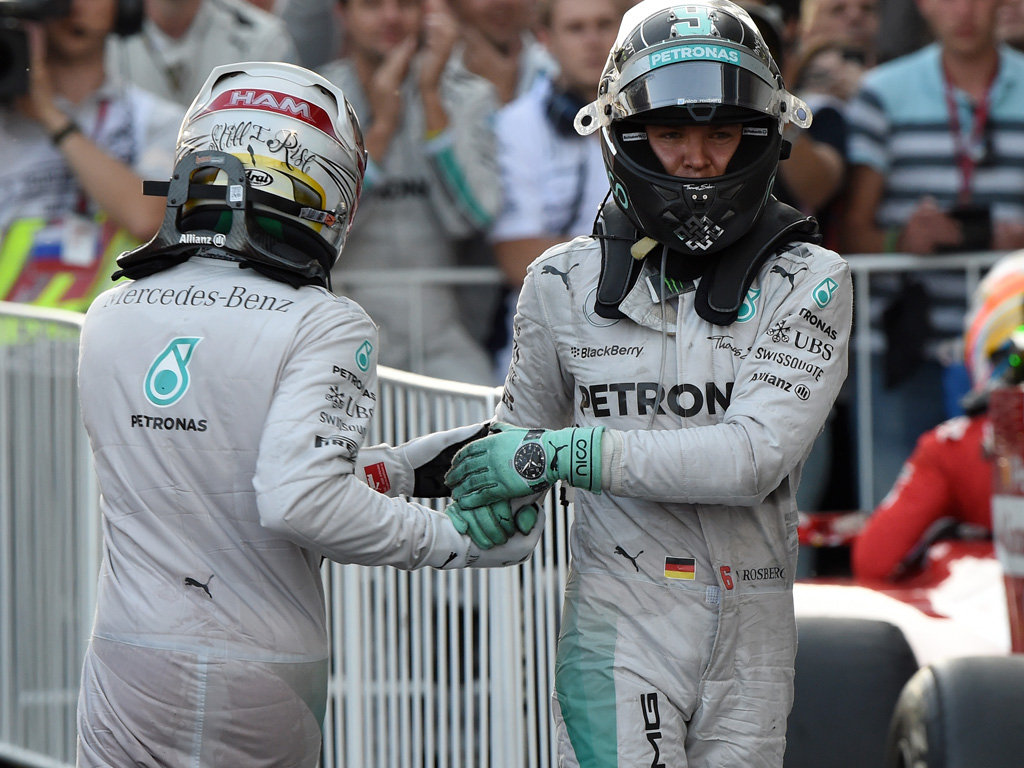 Mercedes motorsport boss Toto Wolff insists the battle between Lewis Hamilton and Nico Rosberg for the Drivers’ crown will go down to the wire.

Hamilton opened a 17-point lead over his Merc team-mate with victory at the inaugural Russian Grand Prix on Sunday and the momentum is firmly with the Briton as he has now won four races in a row.

Even though there are only three races left, the double-points finish at Abu Dhabi means the Drivers’ Championship is likely to be settled at the season finale.

“The title fight is still wide open because there are 50 points (available) in the last race. But of course we’ve made a huge leap forward to also win the drivers’ title,” Wolff told the official F1 website.

“But my guess is that between Lewis and Nico (Rosberg) the fight will go down to the wire. I have no illusions about that. Just take today: the (first) corner was actually Nico’s corner had he not missed the braking point and ruined his tyres. But that’s how fast it can go.”

Mercedes wrapped up their first-ever Constructors’ Championship on Sunday, and Wolff believes the investments that the German manufacturer made to be part of F1 is finally paying off.

“To be part of Formula One is a coldly calculated investment – and by winning this title it paid off,” he said. “Mercedes is the best racecar constructor in the world – we are closing the circle to 50 years ago. That is immensely rewarding.”

He also dedicated the title to former team principal Ross Brawn and seven-time World Champion Michael Schumacher, who drove for the team from 2010-2012.

“All the people that have contributed to this moment: Ross, Michael – all the many faces that come up in my mind – it’s also their title,” he said. “This title means so much effort, so much hard work – that maybe is not always visible at a race venue. It is such a rewarding moment.”