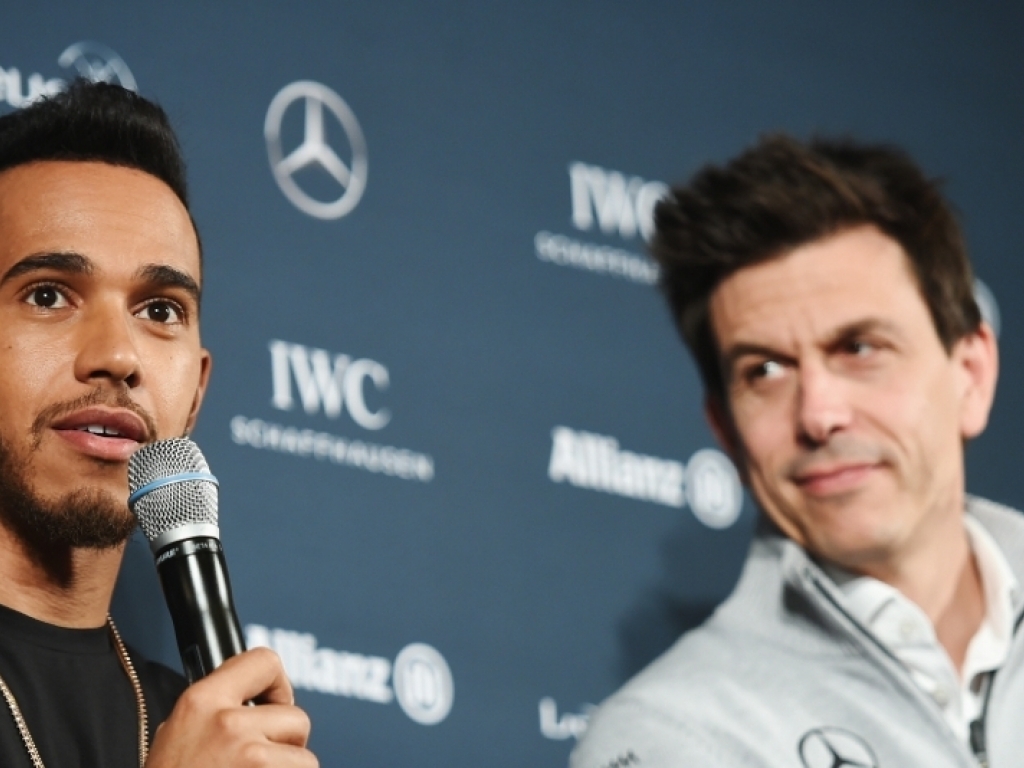 Toto Wolff insisted that the Drivers’ Championship race between Mercedes drivers Nico Rosberg and Lewis Hamilton is still very much alive, despite the German gaining a 33-point lead after Japan.

At the recently concluded Japanese Grand Prix, Hamilton suffered a slow start and dropped down to P8 in the first lap, which made it easier for Rosberg to cross the chequered flag first without any serious challenge.

With four races left of the season and a 33-point deficit, Wolff argued that we’ve seen the triple World Champion shift the momentum in the past.

He also added that the pressure going into the final races of the season will only motivate Hamilton to perform better.

“It’s not over, there are four weekends to go, he’s going to regroup, we’ve seen it,” said the Austrian.

“Remember when Nico won eight races in a row and then Lewis had that winning streak? He’s very strong and he needs the enemy, sometimes more than one, and that’s how he functions. Again, I think it’s going to go down to the end.

“33 points is a lot. You can see how quick it goes in Malaysia, you’re in the lead and the other guy wins it’s 25 points lost and then it’s down to 8.

“This is still a mechanical sport and the way Nico attacks the championship with looking at each weekend as a single event has proven to be the right strategy for him, and equally Lewis functions best when he is under pressure and when he has a target.

“I have no doubt that this will be an intense fight until the end. That is far from over.”