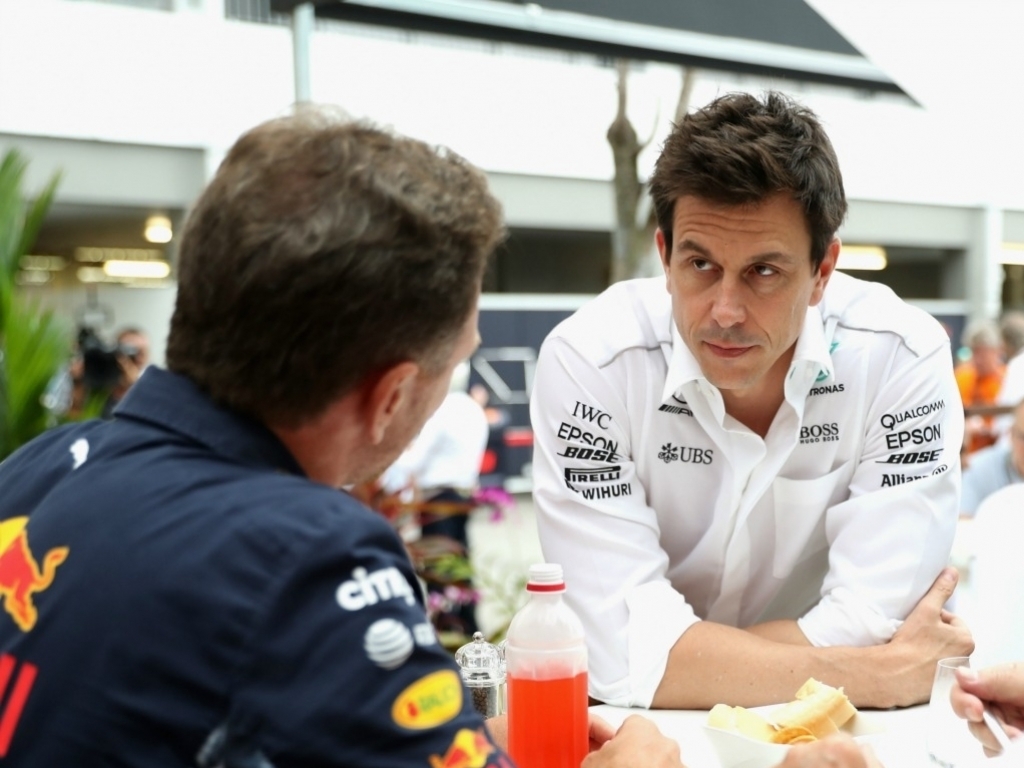 Mercedes boss Toto Wolff has said it is "worrisome" how the Silver Arrows were unable to cope with Red Bull during the race at Malaysia.

Lewis Hamilton was overtaken for the race lead by eventual winner Max Verstappen, while fast-starting Valtteri Bottas lost out on a podium spot when Daniel Ricciardo launched an attack against him.

Although Hamilton extended his World Championship lead to 34 points with Sebastian Vettel going from P19 to P4, Wolff is concerned about the Mercedes car.

"I'm very down," Wolff told Sky F1. "You cannot look at it and say we have scored more points than Ferrari – we have lost so much pace this weekend.

"We were half a minute down on Ferrari and probably if Max had pushed to the end we would have been half a second down on Max.

"How can a car that is so fast on many circuits lose so much with the tyre that is overheating?

"In Singapore we were really good in the wet. At the moment is about keeping calm and trying to analyse it.

"If you look at the real pace today it would have been P5 and that is worrisome.

However, Wolff is hopeful that next weekend will bring more joy.

He added: "On paper Suzuka should suit us. There were some question marks over Malaysia – we should have been quicker than we were but Suzuka should be much more in the window.

"Once I have digested the race I will think about the six points we have gained over Ferrari but right now it's still sore."