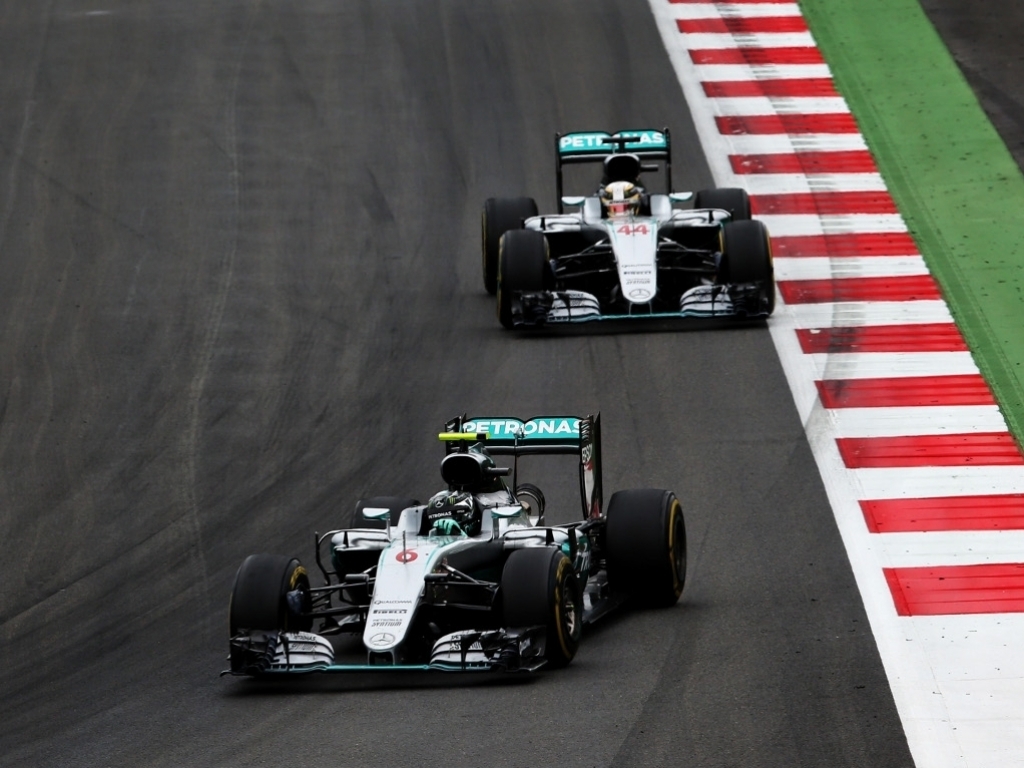 Mercedes could impose team orders for the remainder of this season after talking doesn't seem to have curbed their drivers' antics.

There was more drama over at Mercedes in Austria on Sunday as Nico Rosberg and Lewis Hamilton battled for the win on the final lap.

Their antics saw the duo collide at Turn 2 with Hamilton forced wide only to have more contact as the Brit rejoined.

It ended with a victory for Hamilton and a broken front wing for Rosberg, costing Mercedes the 1-2 as the German finished P4.

"Cars colliding seems a deja-vu. It's absolutely not what we want," he told Sky Sports F1.

"We are looking like a bunch of idiots and it's disrespectful to 1500 people who work their nuts off to prepare the cars and this is why it needs to end."

The motorsport boss revealed that team orders could now be on the table as talking to his drivers doesn't seem to be working.

He added: "It seems that talking doesn't bring us any further so we need to think about all possible solutions and go as far as implementing the not very popular team orders.

"This is on the table now. This is what we are going to discuss, because maybe it's the only way we can manage the situation.

"I hate team orders, we owe it to the fans to let them race but if every race ends up in a collision between team-mates, it's not what we want."

Meanwhile Mercedes non-executive director Niki Lauda reckons the blame most likely belongs to Rosberg, who was having brake issues.

He said: "We have to look into it carefully, it was not funny to watch.

"But in the end, why they hit? This I didn't see clear enough, this is completely wrong. The first issue was the brake problem, they why did they hit other, so I think it was Nico's fault but we have to look again."