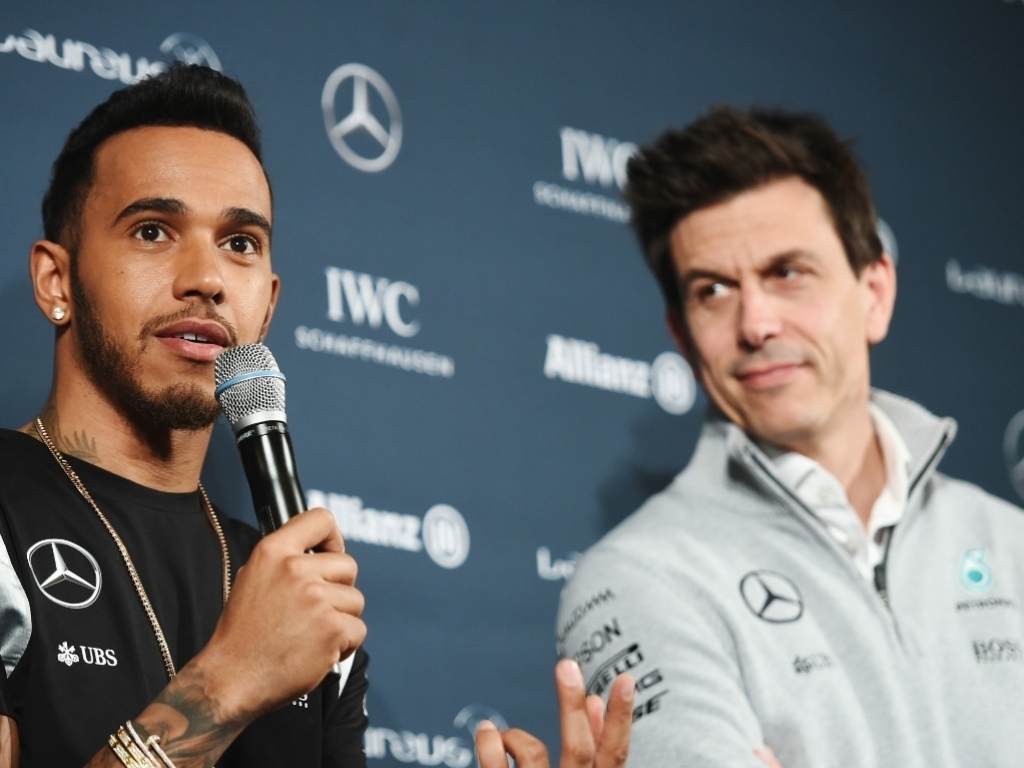 Although “married” to Lewis Hamilton and Valtteri Bottas, Toto Wolff admits he has an eye on Esteban Ocon and Carlos Sainz for the future.

While it was thought that Hamilton would enter this year’s championship with a new Mercedes contract in the bag, that has yet to be signed and sealed.

Some reports suggest he is asking for more than what was initially put on the table while others say it is just a matter of time before he re-signs.

Wolff is hoping it is the latter.

He told Mundo Deportivo: “By the end of 2020 Lewis will have been here a total of eight years. It’s a long time, although he could have another contract. We want him to stay forever, until 2030.”

He added: “When you have a relationship, you always have to give everything. If you start something with another person, your marriage will collapse.

“And my marriage on the track is with Lewis and Bottas and not with the others. We want to perform to the maximum.”

He does, however, concede that the Brit has “about seven years? Maybe six” still to race in Formula 1.

And should he lose Hamilton to a rival team before that time comes, Wolff says that team is likely to be Ferrari.

“In F1 anything is possible. Tell a driver who has not dreamed of being a World Champion with Ferrari.

“I have a lot of respect for them and the only thing I can say is that Hamilton is part of the Mercedes family, although I do not exclude that possibility after 2020.”

Mercedes, though, are not short of talent in their driver pool with Force India’s Esteban Ocon waiting in the wings.

He had a stellar first season in Formula 1 and last time out in Bahrain scored his first point of the 2018 championship.

“Esteban is my little treasure,” said Wolff. “I’ve known him for a long time and every year he has to respond to high expectations and he does it. It is impressive how he has grown.”

But the team is not obliged to promote from the inside with Wolff saying he likes Renault driver Carlos Sainz, who at present is still a part of the Red Bull family.

“It will be good to compare him with [Nico] Hulkenberg.

“If he performs well against Nico it will be on the radar of all the teams.

“I have always gotten along with Carlos and his father, we have always maintained a very good private relationship.

“We talked about the possibility of being in Mercedes, but he was a Red Bull driver and there was no option.”