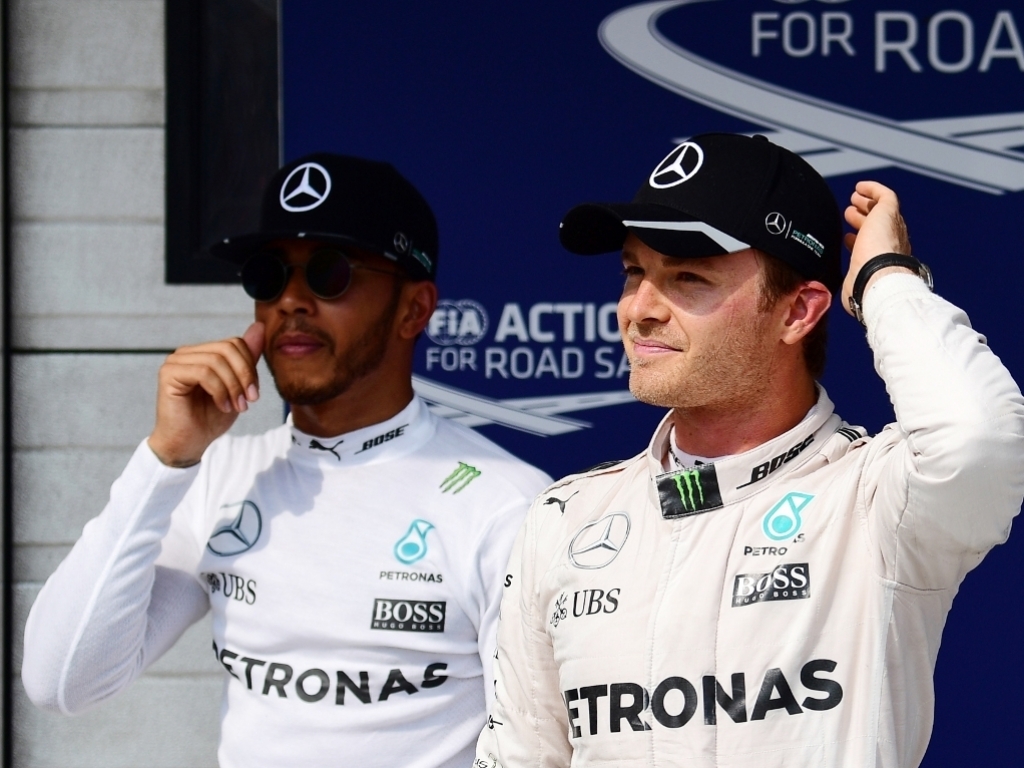 Lewis Hamilton has repeated his call for clarification of rules for double yellow flags as it would have been “pretty hard” for Nico Rosberg to stop on his pole position lap in Hungary.

Fernando Alonso brought out the yellow flags when he spun in the final minutes of qualifying for the Hungarian Grand Prix.

That cost Hamilton as the Brit was forced to slow down and ultimately abort his flying lap.

However, Rosberg, who was behind him on the circuit, slowed only fractionally before racing on to claim pole position.

The tables were turned in Sunday’s race as this time Hamilton emerged P1 as he beat Rosberg to the race victory.

“Well the stewards needs to come up with some kind of solution because it is… the whole 23 years of racing, it has been ‘if it’s yellow flag, you slow down’ and if it’s double yellow flag, you be prepared to stop and Nico was doing the same speed at the apex as I was doing on the previous timed lap.

“If there happened to be a car that was spun or a marshal on the track, it would have been pretty hard for him to have slowed down in that case, so that’s why… and the fact that he didn’t get penalised for it means that we need to be careful because the message we’re sending not only to the drivers here but also to the drivers in the lower categories is that it’s now possible for you to lose only one tenth of a second in a double waved yellow flag section which is the most dangerous – one of the most dangerous scenarios with the double yellow flags.

“They need to clear that up because before it was two tenths that you were meant to lose with one yellow flag and half a second with two yellow flags. It wasn’t the case and there was no penalty, so going into the next race, we could be battling for pole position and we see double yellow flags and we know we only have to do a small lift and lose one tenth of a second and we’ll be fine and go purple in the sector.

“So that’s why it does need to be clarified and I’m sure Charlie and the stewards are going to do so because it needs to be clear.”

As for Rosberg, he insists he slowed sufficiently, revealing that he was “twenty kilometres per hour slower” through the corner where the flags were being waved.

“That’s how I did my speed and lifted off thirty meters before my braking point, so I was just rolling there, twenty kilometres per hour slower until I got to the apex. Then of course when you’re in the apex, I would have a much tighter line because I went in slow and then so I could accelerate out again.

“So definitely I significantly reduced my speed and that’s what it says you need to do and that’s why for the stewards that was completely acceptable. It was very very obvious what I did, very clear and of course on a drying track you’re going to get massively faster every lap. It’s not like the track was consistent.

“On a drying track, it’s irrelevant what the sector time was because you’re going to get so much quicker every time you go out there because there’s wet patches and when they dry, you just go so much quicker.

“And so in that segment, I was slower, where there was the yellow flag but of course in the big sector, yeah, I’m quicker because the track is getting quicker and I’m pushing in all the other corners. So it was a pretty clear case for the stewards and that’s why I didn’t get any penalty.”