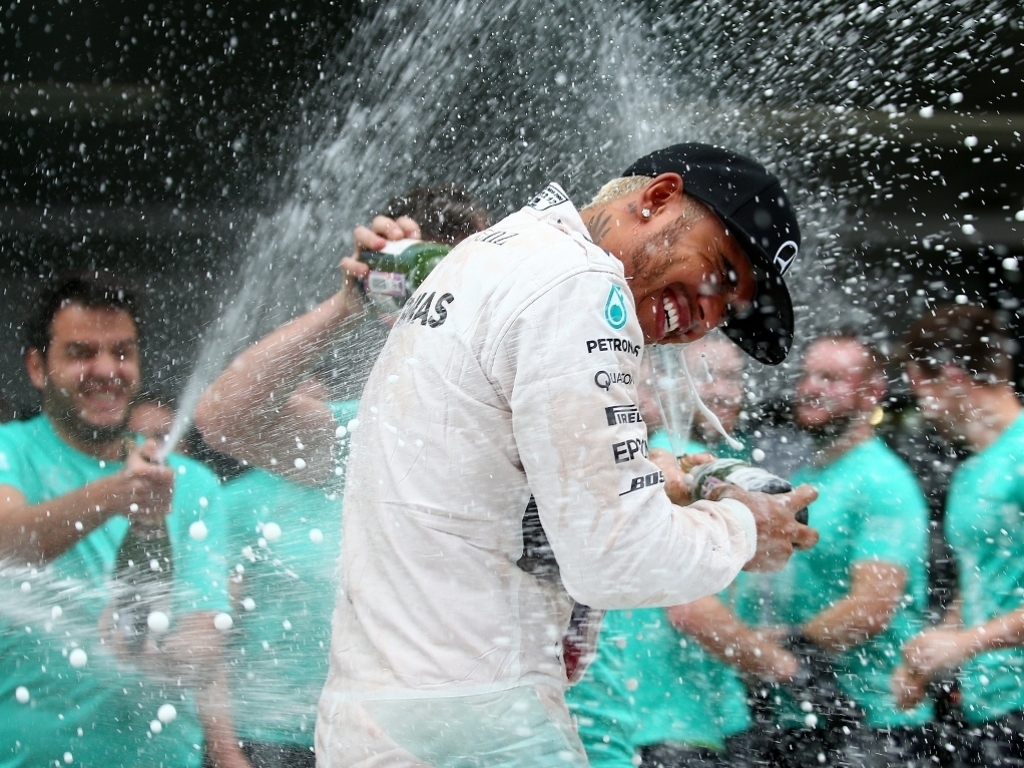 Daimler chairman Dieter Zetsche has hailed Mercedes' latest triumph after the team wrapped up the Constructors' title in Russia.

Following on from last year's double, Mercedes have once again been the dominant force this season.

The team secured the Constructors' Championship title on Sunday at Sochi as Lewis Hamilton victory coupled with Kimi Raikkonen's penalty meant Mercedes achieved an unassailable lead over Ferrari in the standings.

It has been yet another impressive run from the Brackley squad who secured the title with four races to spare.

To date this season the team has claimed pole position in all but one grand prix while between Hamilton and Rosberg they have won 12 of the 15 races.

"What an incredible moment for Mercedes-Benz!" Zetsche stated. "Congratulations to our team in Brackley and Brixworth who have worked so hard to make this achievement possible, winning a second world championship in a row.

"After winning in 2014, we raised the bar again to secure this year’s title, and we needed to because our rivals gave us plenty of headaches as they stepped up their performance.

"The work by our team is the perfect example of what drives Mercedes-Benz forward: the best technology. The most efficient hybrid petrol engine that our company has ever made, world-beating aerodynamics and intelligent design in every part of the W06 Hybrid racing car.

"Most importantly, though, we must not forget the human factor: we have two exceptional sportsmen at the wheel, Lewis and Nico, and a fantastic team behind the scenes, who have delivered 12 wins in 15 races so far this year. Their work has made every employee of Mercedes-Benz a World Champion and we are very proud of them."