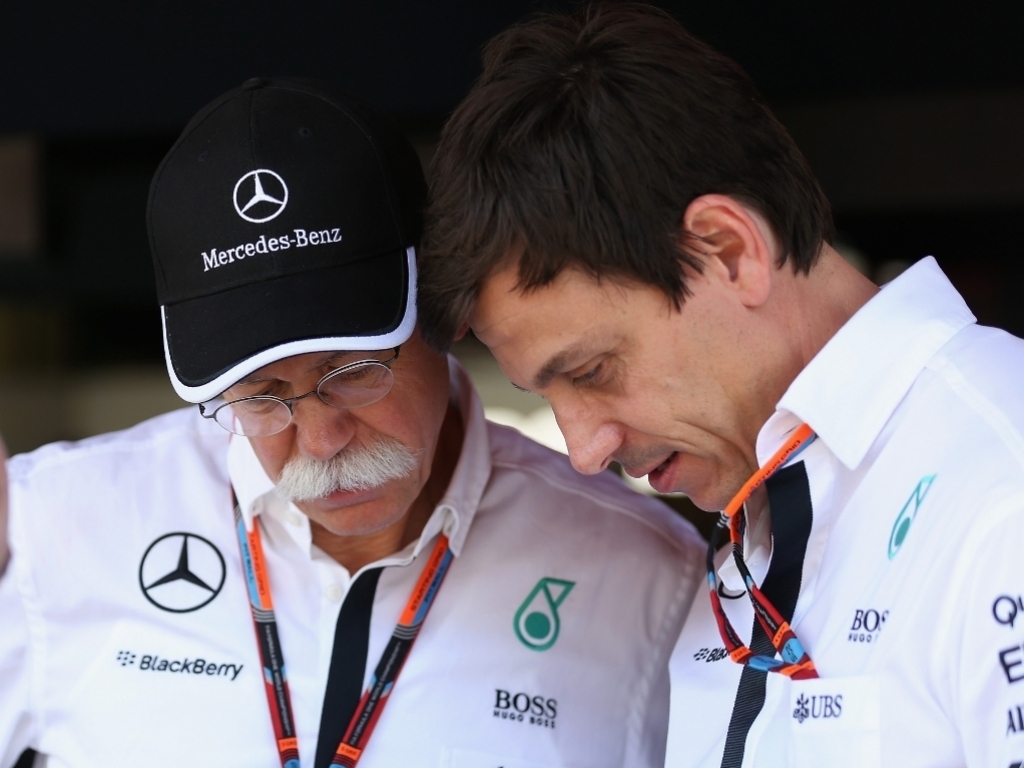 Receiving an unexpected call from Toto Wolff in the wake of the 2016 Abu Dhabi GP, Mercedes boss Dieter Zetsche has revealed his first reaction was “oh again, something with Lewis.”

It wasn’t, it was Nico Rosberg’s retirement.

While Mercedes have spent more time putting out fires created by Lewis Hamilton than any of his team-mates, it was Rosberg who shocked the motorsport world when he announced his immediate retirement just days after wrapping up the 2016 Drivers’ Championship.

The German informed Mercedes of his decision the day after the Abu Dhabi Grand Prix with Mercedes motorsport boss Wolff relaying the message to Zetsche.

The Daimler chairman explained his reaction to Autocar.

“And I saw it was Toto and I thought, oh again, something with Lewis!

“But then I got the news.

“And I did not expect that, I must say.”

But despite the drama it caused, especially as Rosberg had re-signed with the team earlier in 2016, Zetsche says he respects the German’s decision.

“I respected that decision,” he continued.

“I mean, obviously, one [Hamilton] is saying ‘I want more and more and I want to break more records and make history’, and the other one [Rosberg] is saying ‘well, I finally fulfilled my life dream and what can be on top of that?’, and both approaches are legitimate.”

“Of course, it would have been easier and more pleasant for us to have two World Champions in our team for the season to come – not necessarily less fight but this was part of the entertainment, and now we need a new driver and that’s how life works.

“And so I was not insulted or totally disappointed. I respected his decision.”