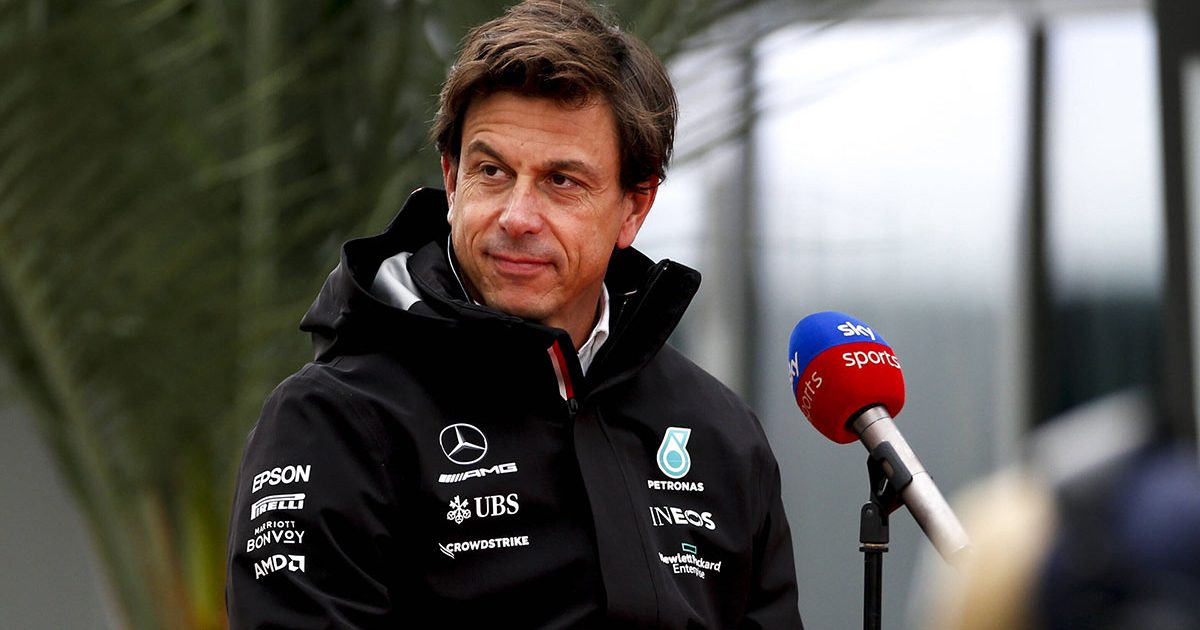 Mercedes boss Toto Wolff has said reporters are being “fed with a lot of bull****” about recent changes or upgrades to their engines.

Valtteri Bottas and Lewis Hamilton appeared in dominant form in FP1 in Austin, lapping almost a second faster than Max Verstappen’s quickest effort in third, and Red Bull have repeatedly raised the fact they have gained a significant amount of straight-line speed recently.

Bottas will take yet another grid penalty for taking a sixth internal combustion engine of the season in Austin, which the team principal attributes to troubles with durability, rather than implementing upgrades to the air valves of their engine, as had been the rumour in the paddock.

“We’ve had unfortunately, since mid-year, some reliability issues that keep coming back,” he told Sky Sports F1. “I think we understand now much better what it is, but it means there is no durability in running them and that means, potentially, a DNF risk.

“You are being fed with a lot of bull****, but your questions are interesting. No, we don’t need to talk about air valves or anything like this because you and I wouldn’t understand what it is.”

Regarding another five-place grid drop for the Finn, Wolff said this could have ramifications in the battle for the Constructors’ Championship with Red Bull, given how closely together they have run this season.

“No, that’s not good,” he said. “Penalties are less than with the previous one, but it’s still not nice, because it’s such a tight-fought battle.

“If you’re going five [places] back, even if you’re on pole, you’re going to have a difficult life to come back.”

Valtteri Bottas becomes the third Mercedes-powered driver to be hit with a grid penalty this weekend after taking on yet more new engine components. #USGP 🇺🇸 #F1 pic.twitter.com/uLMCTfpyCH

However, given the enormous advantage on display for Mercedes in the first free practice session, the team principal added that the drivers have been better than Red Bull all over the circuit, rather than just in one area in particular.

“I think we are gaining on the straights, and that is good – but the main gains, when you look at the speed trace with Verstappen, is through the fast corners,” said Wolff.

“That is encouraging because they are clearly running more drag. They need to run more drag, but we’re still better in the corners.”

Given that big time difference to Red Bull, he was asked if his two drivers were feeling as good in the car as they have all season so far – and whether or not their rivals will be able to reel them in over the course of the weekend.

“Yeah, they were pretty happy in Turkey also, but today there was not a lot of complaining,” he smiled.

“[They were] talking at the beginning that the track, in terms of the bounce, is worse than it was the previous years, but they also said there is just so much more grip in the track, and so much more aggressive. I think they’re talking 20kph more in Turn 1.

“I don’t know if that gap is going to maintain. I’d wish so, but normally they’re creeping their way back and let’s see what it gives tomorrow in qualifying, but at least a good FP1.”